Time to grasp the nettle and understand what key signatures are really about!

In the musician's eye, the piano keyboard has become 'key-specific' - it is the keyboard for that key. 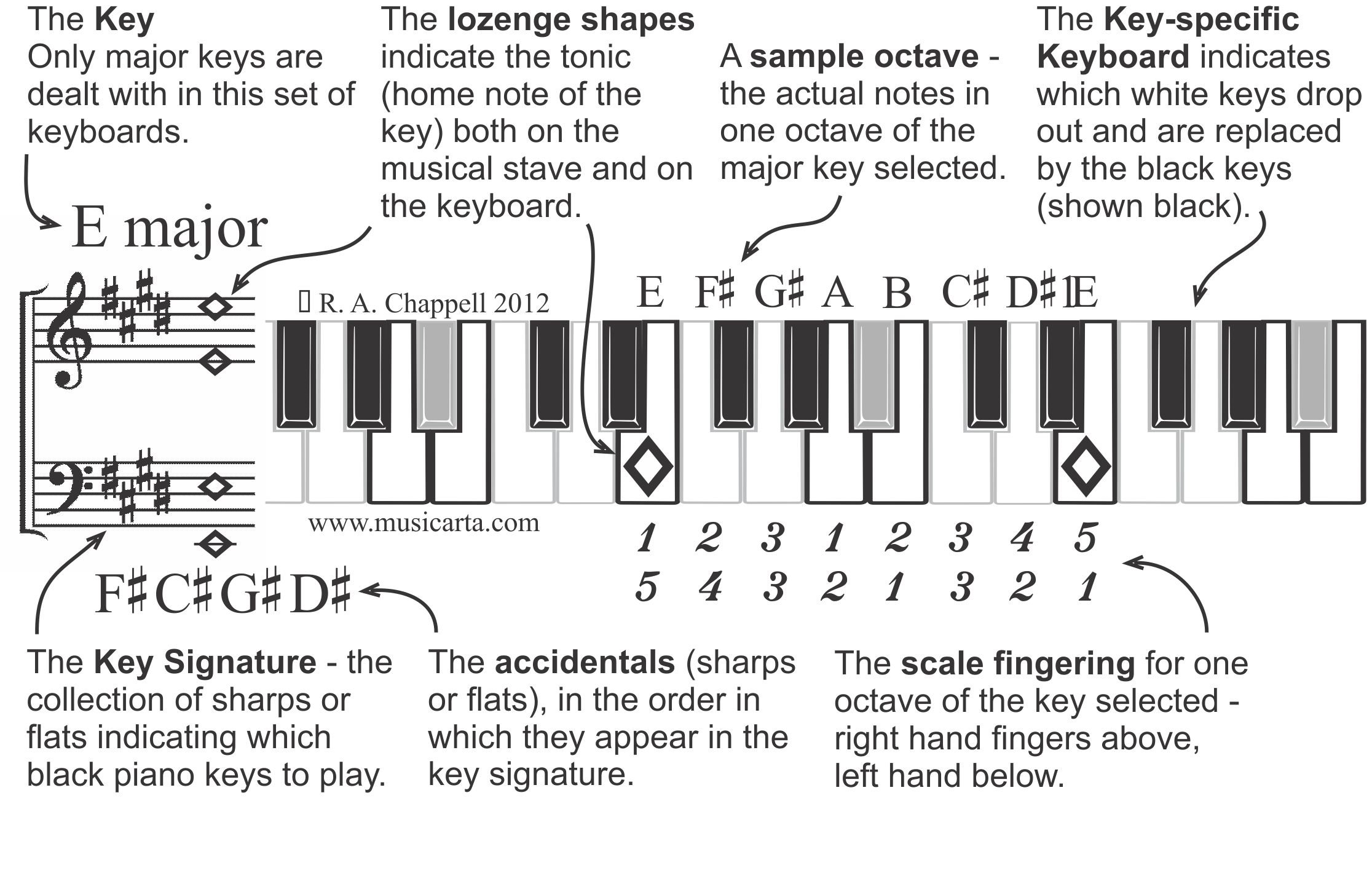 The 'tonic' (home note) is indicated on the stave by the lozenge shapes. This same lozenge shape indicates the tonic on the keyboard with, too. On the demonstration ‘key-specific’ keyboard illustration, the white keys that are played in the key are shown with a strong outline – as they are replaced with the black keys indicated in the key signatures, they are greyed out. The black keys belonging to the key signature illustrated are shown in black; you do not play the greyed-out black keys.

The illustrations are © copyright R A Chappell. You may reproduce these diagrams for non-commercial, private study purposes only. Removing the Musicarta branding is breach of copyright.

This ad hoc way of proceeding is not efficient. An overview of key signature, divorced from actual pieces and studied on its own, is easily presented, speeds learning, and puts appreciation of 'key' on a firm footing.

Some valuable understanding of key signature can be absorbed by simply looking through the progressive series of sharp and flat keys, without further explanation. Sharps and flats accumulate regularly and logically as we progress round the circle of fifths - sharps in one direction, flats in the other, and this can be appreciated (learned) intuitively..

The actual rule behind the accumulation of accidentals (sharps and flats) is spelled out in detail before the cumulative series of keyboard.

As with the sharps, the flats ‘carry over’ into the new key. The new flat is required to lower the fourth note of the new scale a semi-tone to a perfect fourth above the tonic. Thus, the single B flat is the key signature for F major. The B flat carries over into B flat major (down a fourth); E flat is required to lower the new fourth a semitone and so form a major scale.

If there are two sharps in a key signature (for example), they are always F sharp and C sharp. Musicians should not have to count the lines and spaces to establish this!