Here are the last two patterns in three-four. 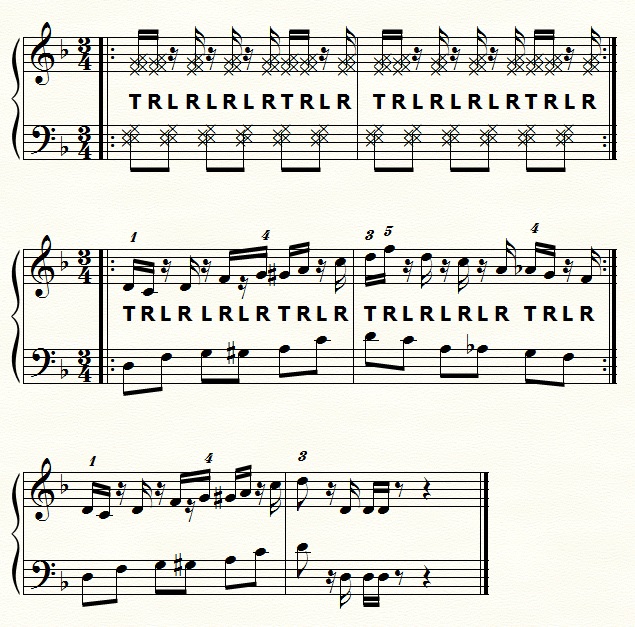 Now put your shuffle feel in. This pattern probably has the least amount of long-short 'swing' distortion.

This pattern is the same as Pattern Three, but with the last three right hand notes 'smoothed' into three-quavers-in-the-space-of-two 'tuplets'. 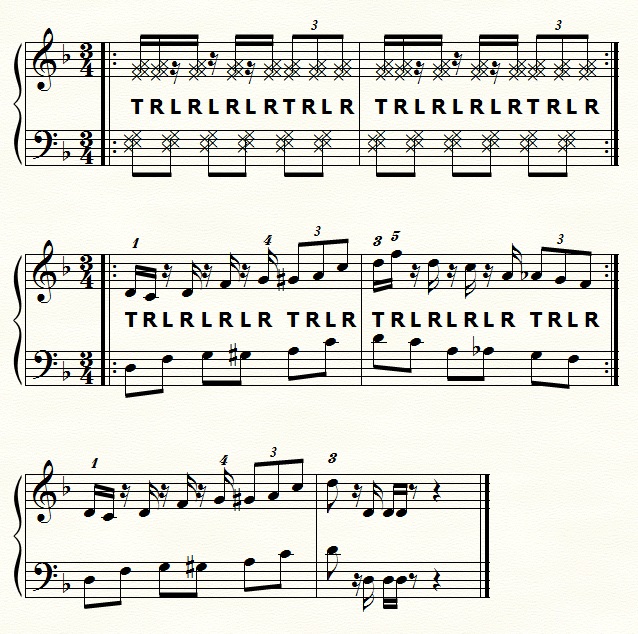 We only play the tuplets in the shuffle feel version.

Easy, comfortable three-over-two tuplets take a while to achieve. Stick with it!

Now go on to learn the scales in C minor.