Here's a major pentatonic "composing at the keyboard" texture.

Identify these features, either in the music, or by listening, or by playing.

The pattern repeats in D

For an ending, notes 2 and 3 of the RH runs swap places, so the run becomes a zigzag; otherwise, it's in the same place.

The last RH run extends zigzag-wise up to D to finish. 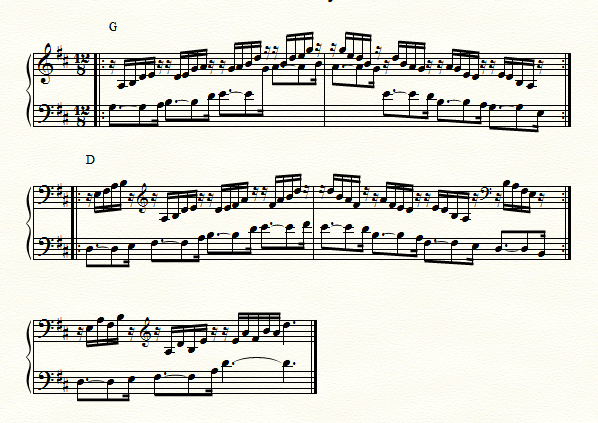 The right hand covers the four G major pentatonic scale-tones (PSTs) immediately above the left hand note (as before), but plays them skip up, step down, skip up - a 'zigzag' shape.

Otherwise, the riff is the same. 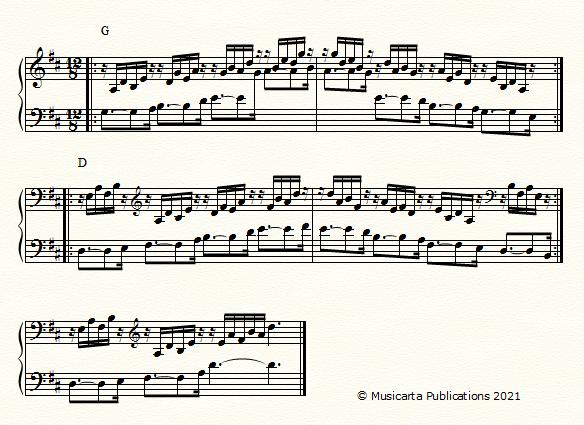 Although the first two riffs start on the chord of G, they are in fact in D - the final chord - as you can see from the key signature.

Version Three is actually in G, so the first chord is C, the subdominant (IV) of G.

The video covers two versions, the second of which (Version Four) adopts the zigzag shape in the right hand throughout.

Starting to mix it up a bit...

More non-standard variations develop the texture into what could charitably be called 'a piece', short as it is. 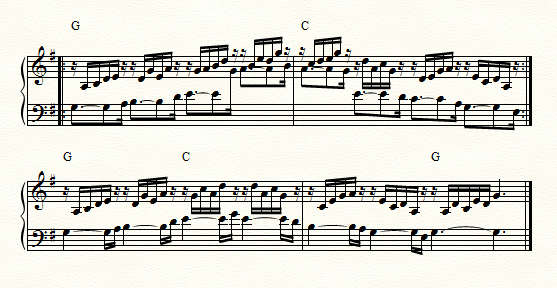 The demonstrations above are pure MIDI, with no artistic expression at all. On a good piano, and bringing your artistic intention to the performance, any and all of these versions will sound ten times better.

Also, this Musicarta lesson is billed as a 'composing springboard', meaning that you will hopefully 'take it on from here' and use the keyboard texture in your own improvisations.

All you have to do is meander around in a major pentatonic scale in the left hand and put decorative runs in with the right hand.

Complexity can be impressive, but it is not what most listeners are seeking, in the first instance. The performer's love of and enjoyment in what they are doing more often furnishes the magic ingredient - for both parties.