In this module, you practice playing through the first eight bars - Modules One and Two together - in two rhythmic patterns. 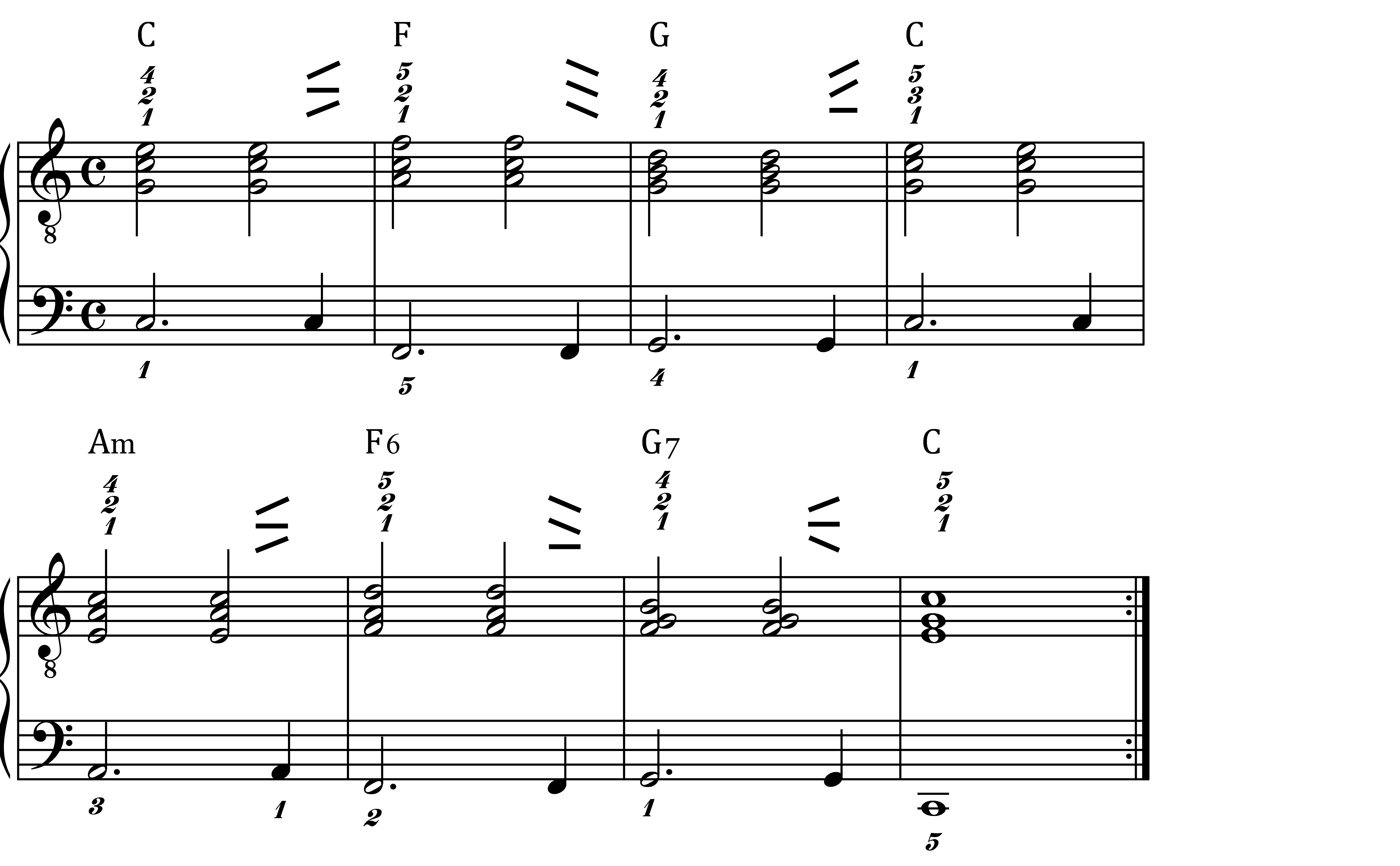 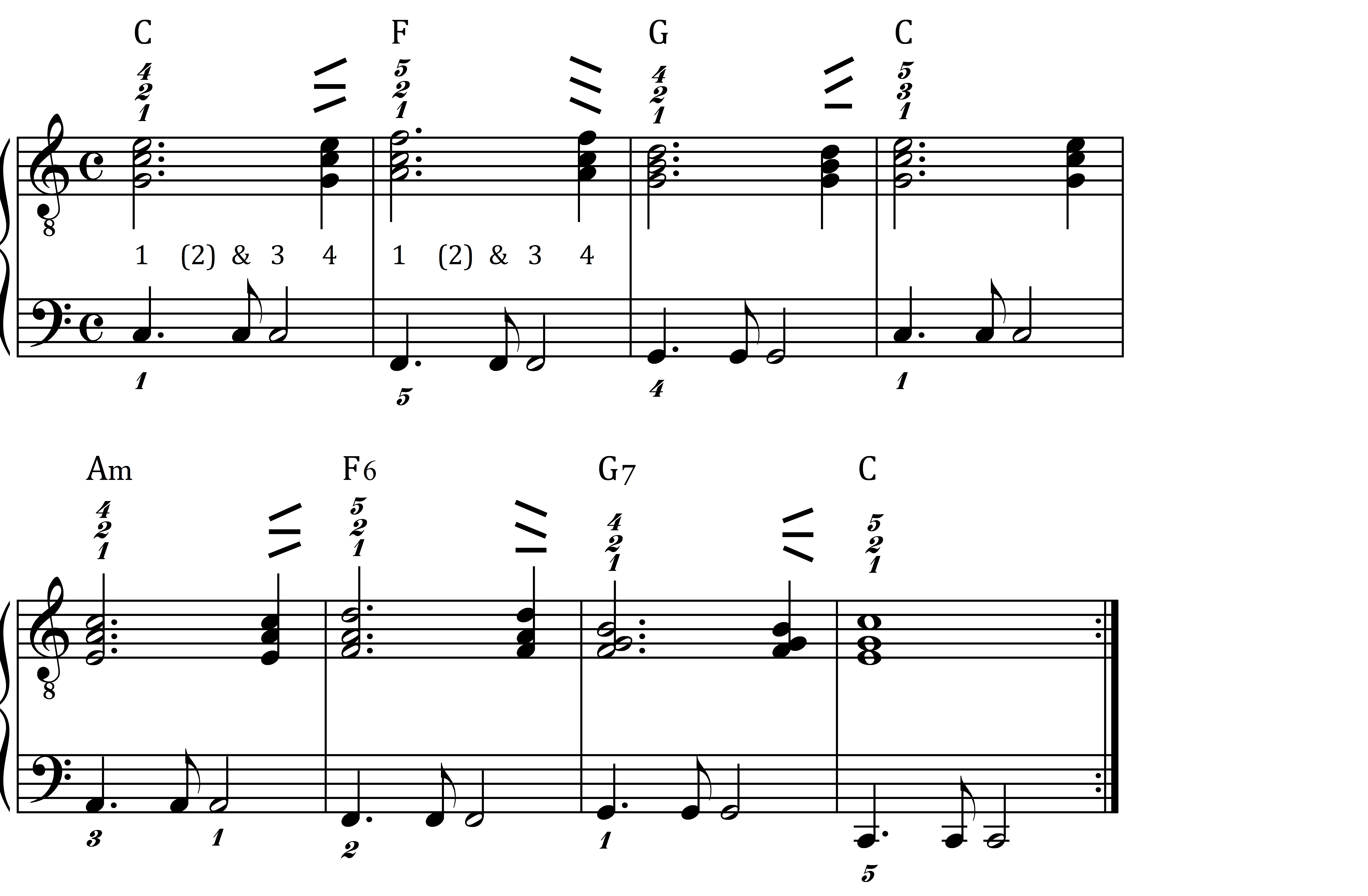 Here's the video demonstration. Pattern One plays through twice, with a break, then Pattern Two.

Use this exercise to figure out where your difficulties lie (if any).

Notice that there are definitely two right hand positions. The notes of the first four chords are 'sort of' in the same place, then you shift to the second position for the last four chords.

Now play along with this continuous performance - Pattern One twice, then Pattern Two twice.

Notice carefully where your delays are (if any); stop and clarify.

Enjoy the groove. If you're on top of it, try a few variations in the rhythm.

Now go on to Module Four, where you 'break the right chords up'.