In this module, you break the first eight right hand chords up over both bass patterns.

We can get much more out of our chords by breaking them up and playing the bottom, middle and top (BMT) 'voices' individually.

It's a good idea to really master four chords at a time like this. Everybody wants to rush forward, but your muscles don't learn as fast as your brain, and need a more patient approach.

Here the demo video for the last four chords.

With the rhythmic bass

Playing two-handed rhythms - where the left hand, for example, plays in a different rhythm - often requires you to slow down and count things through beat by beat.

True, you can sometimes get things by just throwing yourself into it, but if you can't, this video demonstrates how to approach things.

Here's the music for the first four chords. 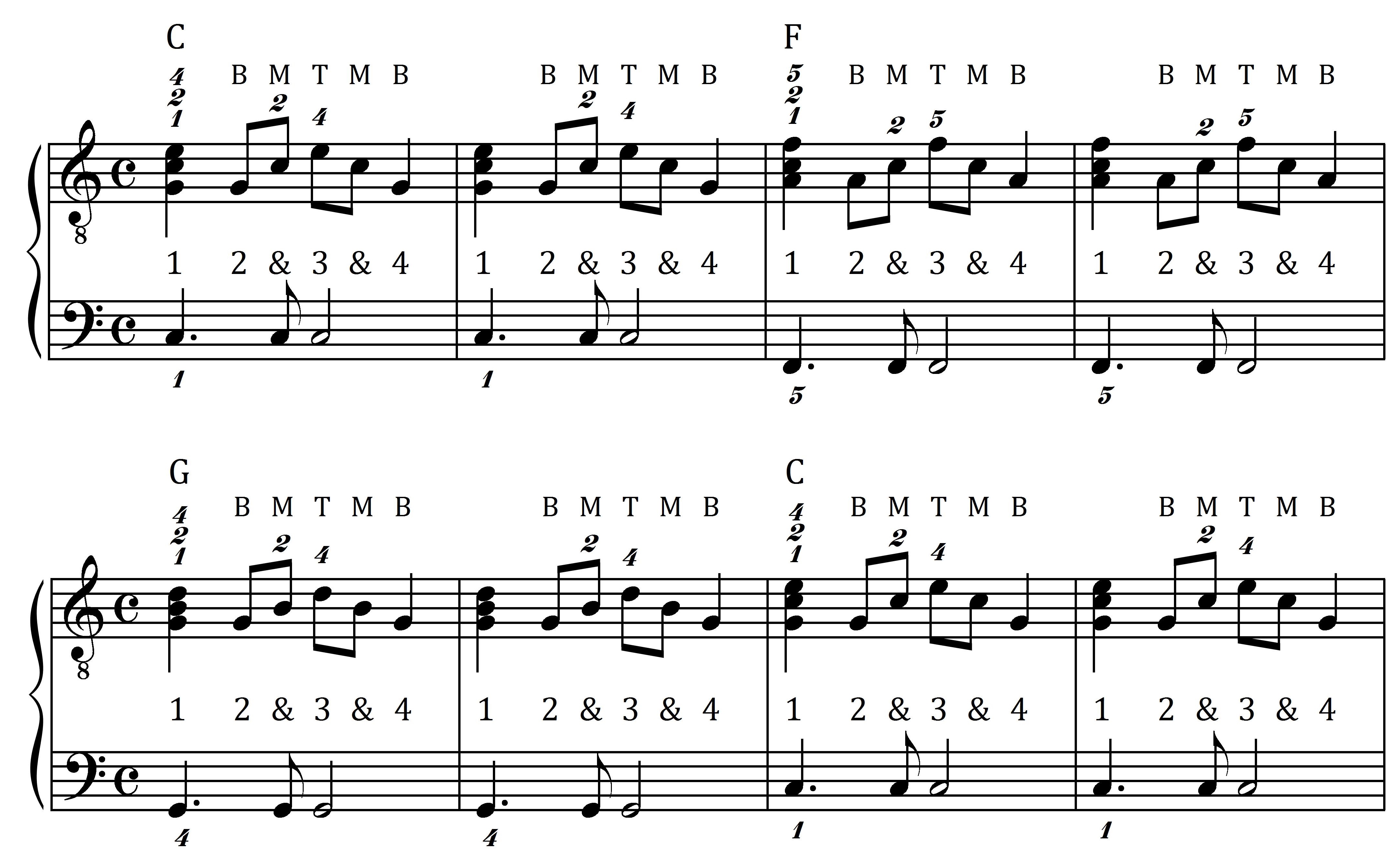 Whether you read music well or barely at all, you can see that the two bass notes - the ones NOT at the start of the bar - come with the M-middle and T-top notes of the right hand chord.

Counting music out loud is difficult to start with but very valuable. "If you can say it, you can play it!"

Here's the music for the second four chords. Practice the new rhythm two bars per chord in the same way. 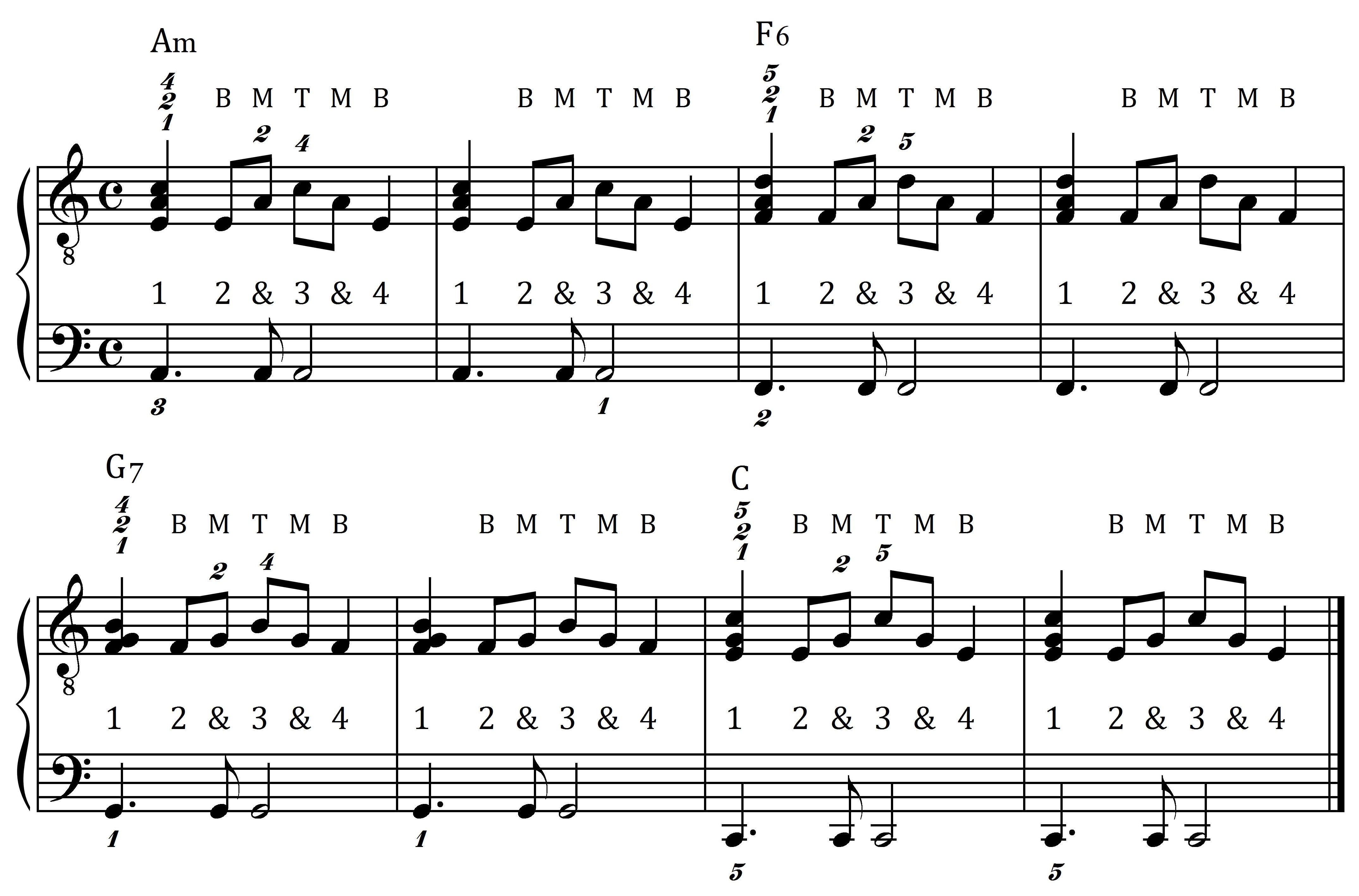 All the "stepping-stone" performances in your build-up to playing your own unique Majestic River version deserve acknowledge. This means finishing each performance with a proper ending!

Now go on to Module Five, where we speed things up a bit.