Melodies, however, and the general run of piano playing, have no reason to show such consideration.

Varying the Hanon No.1 pattern by moving the skip to between RH fingers 2 and 3, or 3 and 4 (and so on) soon shows how spoiled we have been, and offers a useful opportunity to prepare the hand for a greater variety of demands. 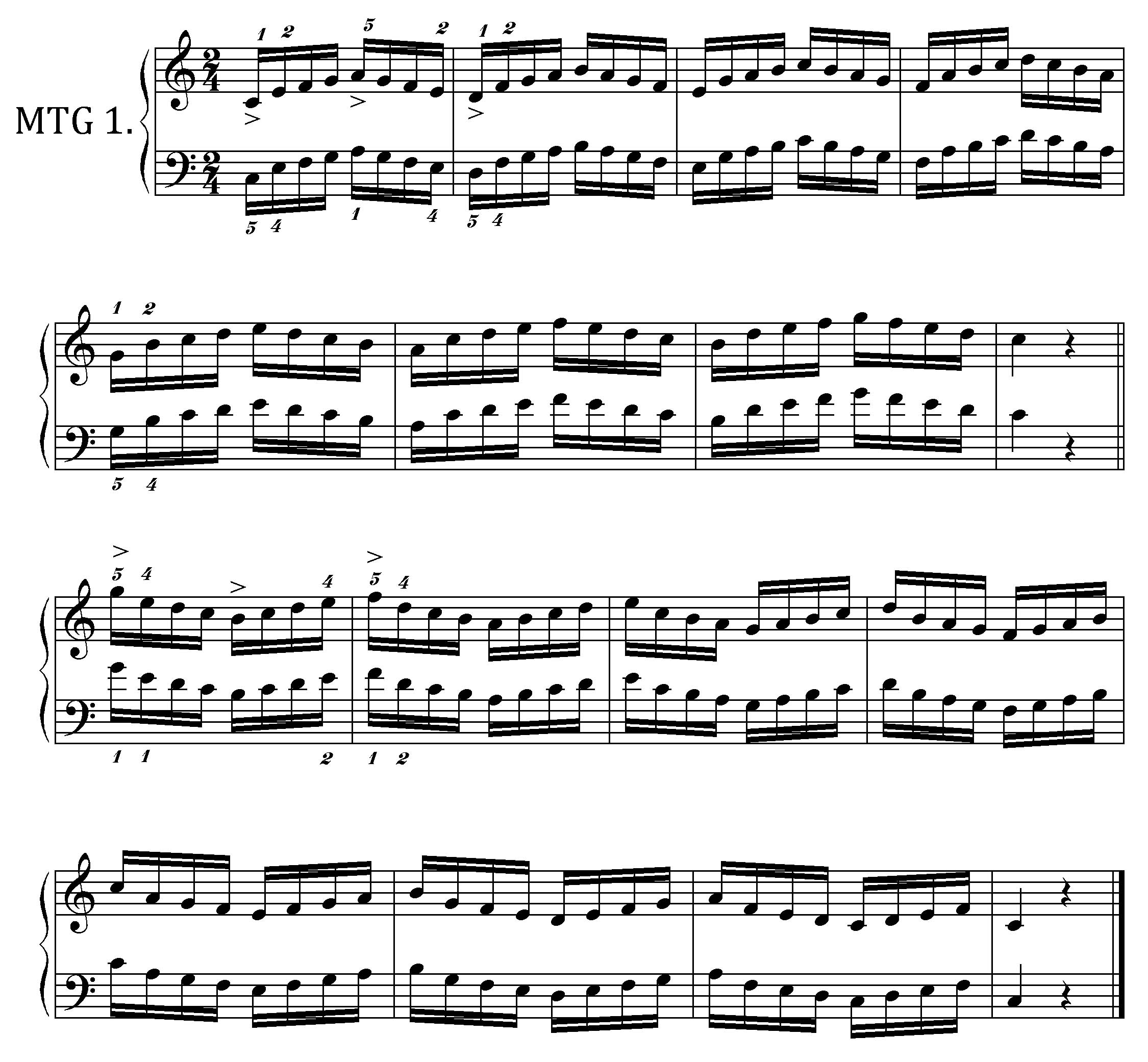 It is understood that, between the dashed barlines, four repetitions of the pattern will creep up the keyboard note by note.

Be sensitive to any build-up of strain in your hands, wrists and forearms, and rest and shake out tension regularly. Never 'work through the pain' - rather develop your stamina cautiously.

Running up and down between fingers RH2 and RH5 twice gives you the odd time signature of 7-8 (seven quavers in a bar). You don't have to count this - or think about it at all. Just play the notes equally until you've got through the bar quota and that's it - you've played a bar of 7-8.

The left hand does not need to do this exercise - especially not ascending, from the little finger side! - so it simply has a seven-note 'ambling around' pattern which is rather Hanon-like, too.

We can again devise a shorthand version to play these held-note intensive exercises from.

You're shown two patterns to 'get the picture', and are expected to supply the missing four bars between the dashed bar lines. The last pattern is shown in full out of courtesy.

Play exercise MTG2A straight from the shorthand version MS. The left hand has an even simpler 'ambling around' accompaniment.

This example is presented with just the shorthand version, straight then held-note intensive.

Now go on to Mind the Gap Page Two for the last of the possible simple patterns and some more advanced ways of using them.