Now for some catch-up.

Look at the voice movement diagrams and circle/square/triangle symbols above the chords (you don't have to be able to read music to do this), and rehearse mentally what is going to happen.

Pattern One in C

Play Pattern One in C straight through, once with 1-3-5 for root position (circle) chords, and once with 1-2-4. 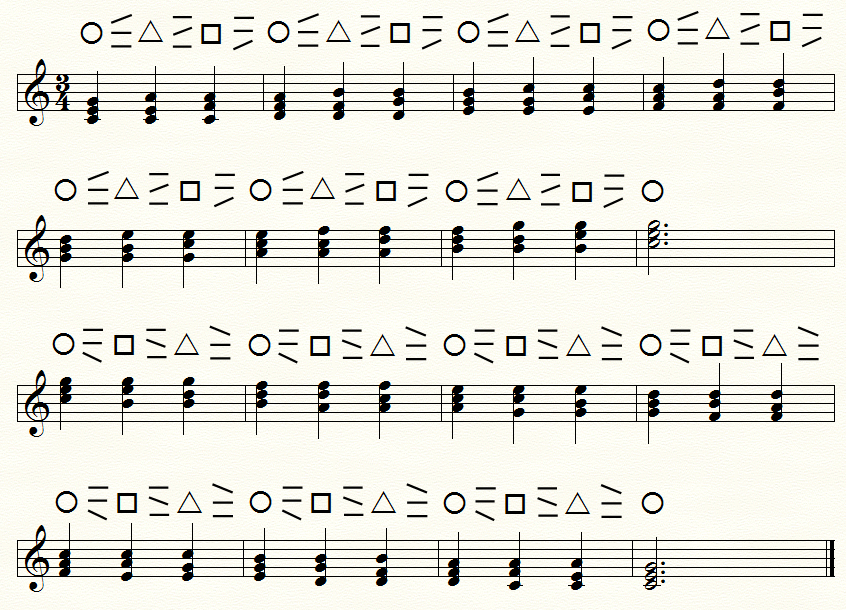 Recall that in Pattern Two ascending, you:

Rehearse the pattern or study the voice movement diagrams carefully as you read through. 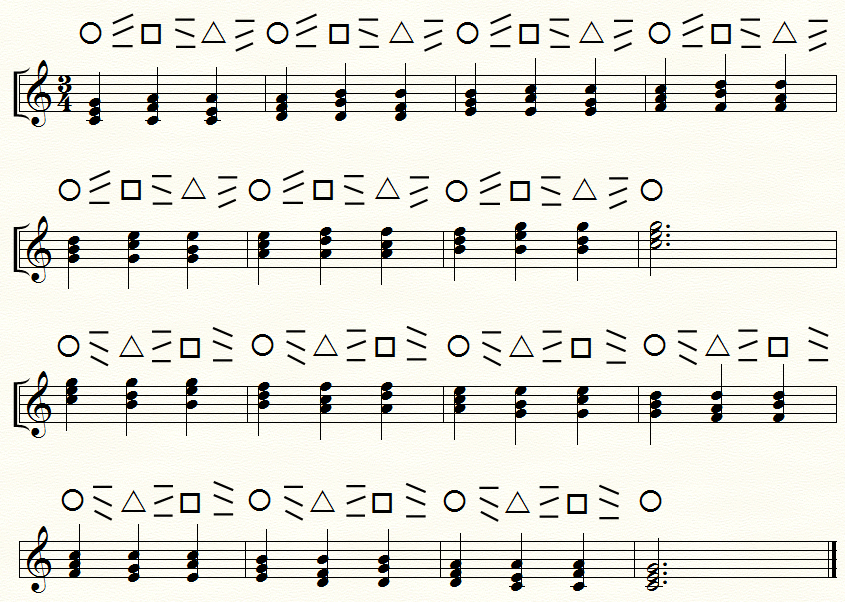 The hybrid Pattern Three in C

Check that you can see the two-bar pattern in C, ascending.

Watch the first half (ascending) of the video, listening carefully. You should be able to hear the difference between the two patterns/bars.


Pattern Three descending starts with Pattern One, then alternating Pattern Two. This is just for musical reasons.

Watch the second half of the video to see/hear the two-bar movement pattern.

Then play the hybrid Pattern Three in C right through. You can play from the music even if you 'can't read music', just by following the voice movement diagrams. 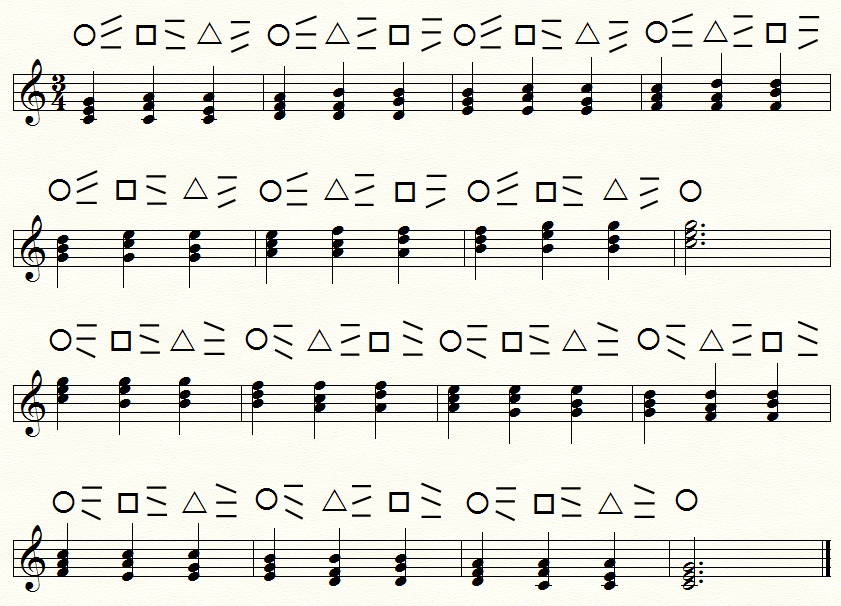 Now go on to Page Five and master Pattern Three in D.