Look at the voice movement diagrams and circle/square/triangle symbols above the chords (you don't have to be able to read music to do this), and rehearse mentally what is going to happen.

Pattern One in D

Play Pattern One in D straight through, once with 1-3-5 for root position (circle) chords, and once with 1-2-4. 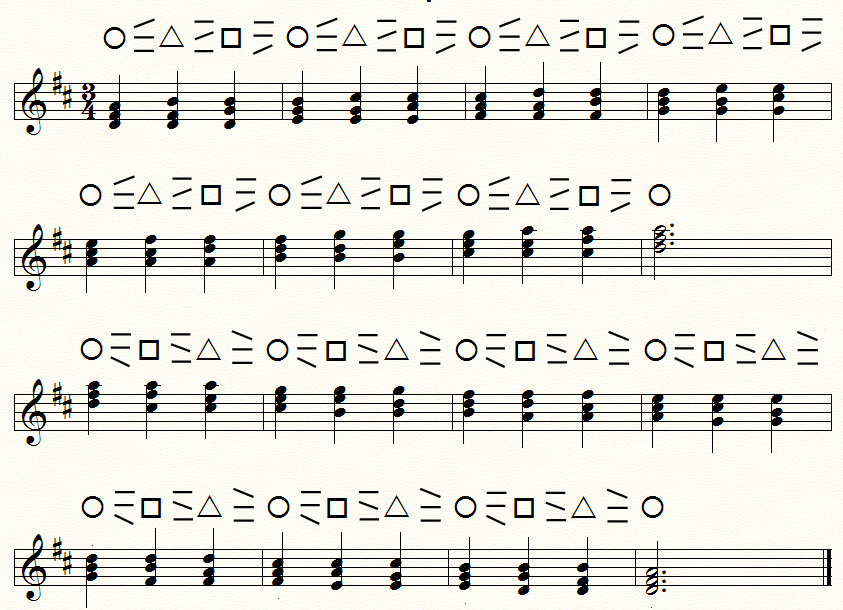 In Pattern Two, "two notes move twice". (Look at the voice movement diagrams and point out to yourself where that happens.)

(In Pattern One, that never happens - only one note moves at a time.) 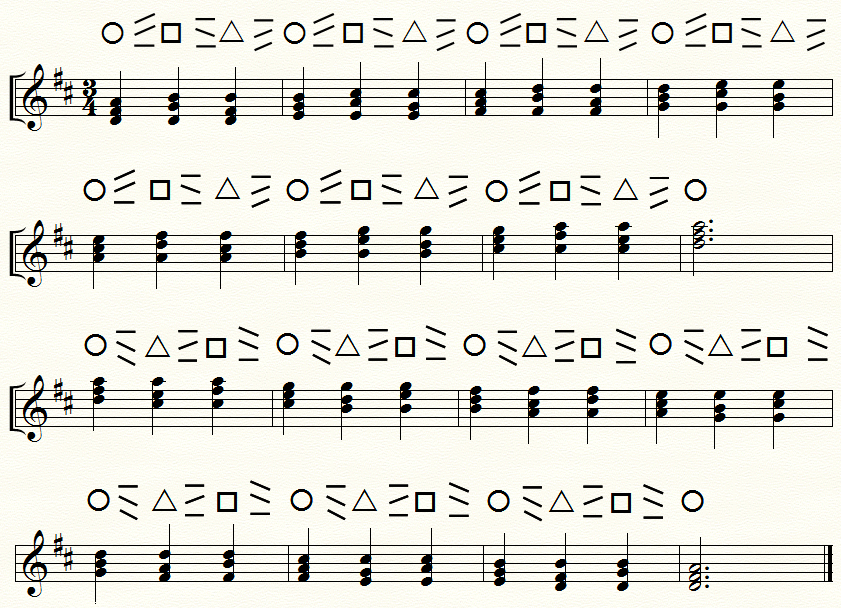 The hybrid Pattern Three in D

Descending, Pattern Three starts with a bar of Pattern One, then Pattern Two, and alternating all the way down. 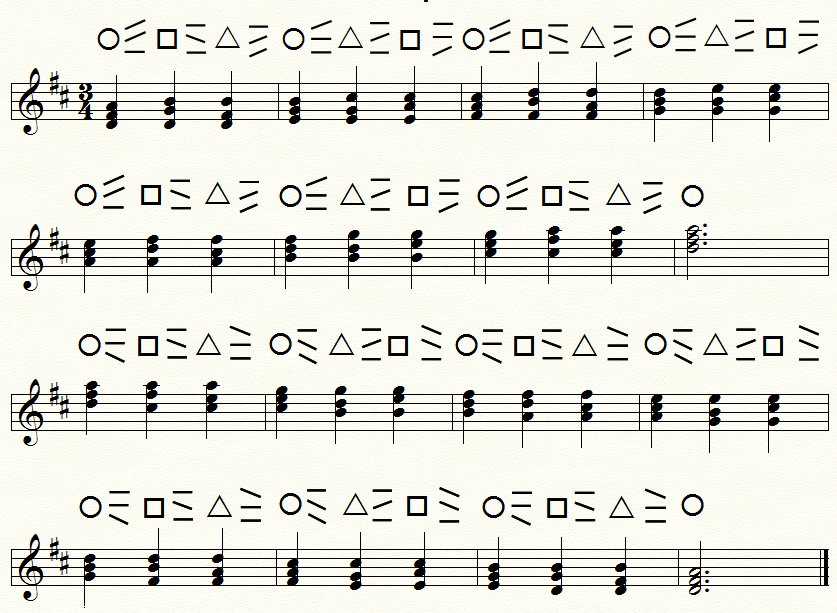 The hybrid Pattern Three in B flat

Finish off by working your way through the hybrid Pattern Three in B flat. 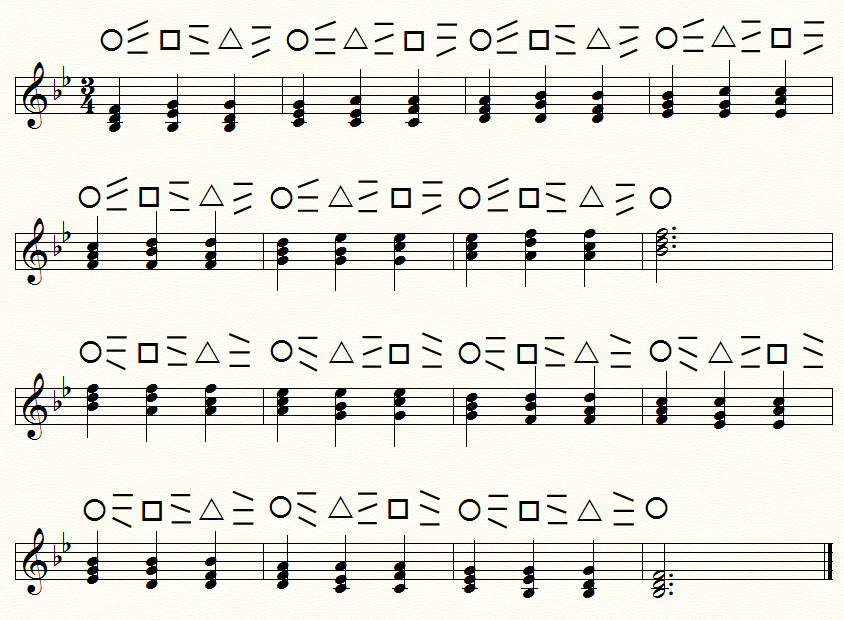 Repeat the triad shapes drills in new keys to help you see the scale in the keyboard and get your fingers used to new combinations of black and white keys.