You can discover more about pentatonic scales and pentatonic music in general via the Musicarta Pentatonics home page. 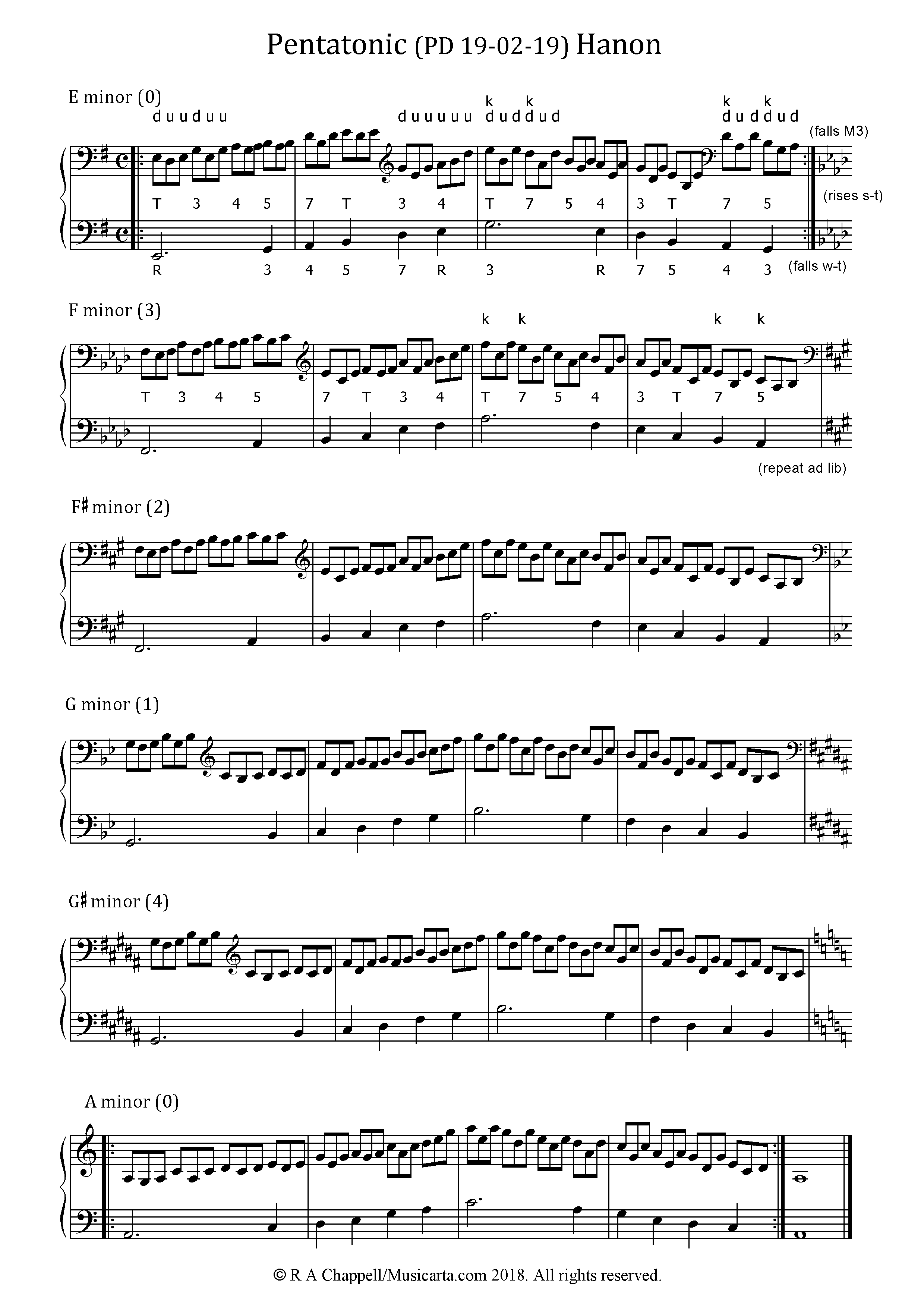 If more convenient, you can download the pdf here.

All those little notations indicate that this is an invitation to look closely at the PATTERN!

The first six notes indicate the pattern for the following groups of six, until you get something new - the last three notes in this case.

If you don't see a 'k' for skip, it's 's' for step, which is the default so doesn't need indicating.

You'll notice in fact both hands essentially play straight up and down the minor pentatonic scale, but the right hand with decoration.

The pattern modulates up a semitone, but to do that the right hand falls a major third (M3), and the left hand a whole-tone (w-t).

Overall, the exercise rises a fourth, from E to A, by semitones. This is the best section of the octave to play this exercise on.

So, there are two ways to think about this exercise.

A useful challenge all round!

If you're continually grinding to a halt, STOP AND GO BACK to a simpler task. It's all practice! The methodical tortoise beats show-off hare in the end, as you know!