What would you expect your first blues piano lesson to do for you? Teach you to play something in forty-five minutes, you would hope!

You'd probably hope for something more than just a sea of dots like this boogie-woogie transcription - which is something many people mistakenly go for. 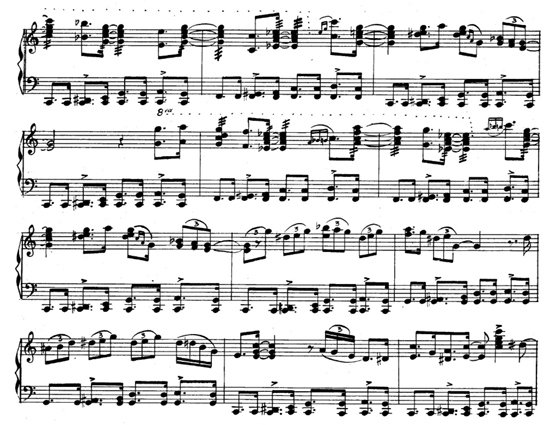 Not very forgiving! In fact, a mountain to climb, even if you're quite a good reader/player already.

Wouldn't this approach be more productive?

1. Keyboards showing the notes you need. 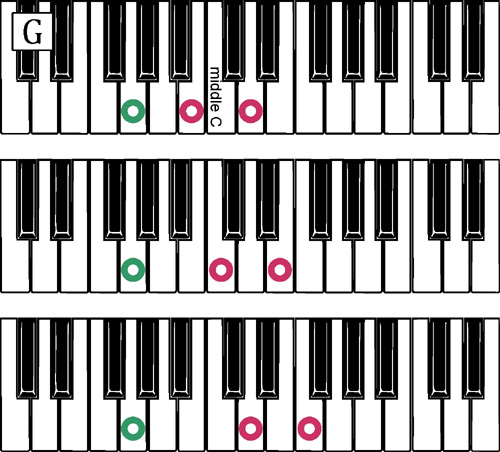 2. A picture of where your hands should be. 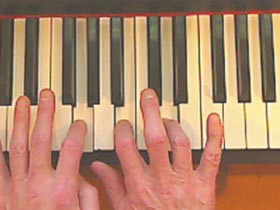 3. An audio file of what you're supposed to sound like (at practice speed).

That's how the Musicarta Twelve-bar Piano Styles workbook does a blues piano lesson. It gets you playing boogie from the ground up!

And as an added bonus...

5. ...you also get the MIDI file of all the workbooks musical examples and the MidiPiano virtual keyboard application (Windows OS) to play them on – in effect giving you a training video for every musical example in the workbook.

Here's the example repeated and slowed down some more using MidiPiano's Speed control. You can play along, starting over as many times as it takes for you to 'get it'!

This material is in fact from the first blues piano lesson in the Musicarta Twelve-bar Piano Styles home study course.

More about the Piano Styles workbook

The twelve-bar blues form, in its many guises, has practically universal appeal, and there’s hardly a pop/rock/jazz musician who can’t play along to some extent. With its simplicity of form and driving rhythm, the twelve-bar is an ideal pop-rock musical training ground and a great warm-up for any music-making.

You've already been introduced to the Part One material - the Moving Pair riff trailed above. Here's the full performance.


The music in the second audio clip is generated from the same notes, but re-arranged. Can you hear how it’s been done?

The answer is that the thirds in the first example have been 'inverted' into the sixths in the second one.

This is what you want in a blues piano lesson! Not just transcriptions makes Musicarta so much more than just a dry collection of riffs! 'Theory you can use' means you actually learn how to construct (or even improvise!) your own music.

Part Two of the workbook goes on to teach the harmonic and rhythmic building blocks you'll need for your own ever-expanding twelve-bar keyboard 'chops'. Here are some of the riffs you'll learn.

Musicarta looks out for learners at every level! Here's a simple study to drill the three groups of note you need for any twelve-bar.

You'll find twelve-bar styles right across the pop music spectrum. Here's a twelve-bar riff that's a world away for 'the blues'..

The twelve-bar is a great source of impromptu duetting, Here's a big-band style swing duet for a couple of boogie buddies.

And here - when you've built up some stamina - is a full-on 'straight eights' driving keyboard boogie in the old style!

Ready to get going?

Still unconvinced? Click through to the Blues Music Theory sample content page and see if that doesn't change your mind...!