The resulting 10-note scale, which gives much more scope in melody-writing and improvisation, will sound immediately familiar. 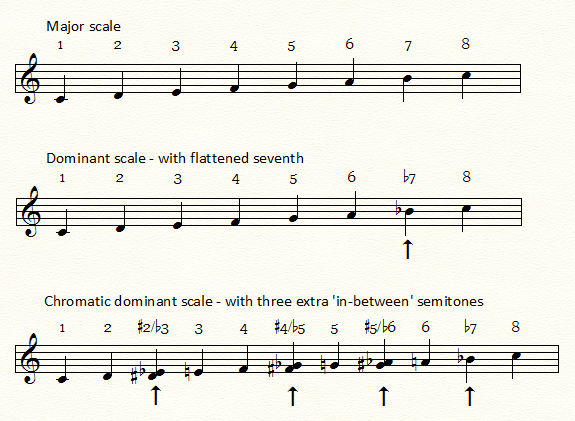 The resulting scale is all semitones, except the first step.

We're going to learn the chromatic dominant scale up from all the white keys in a four-step process: 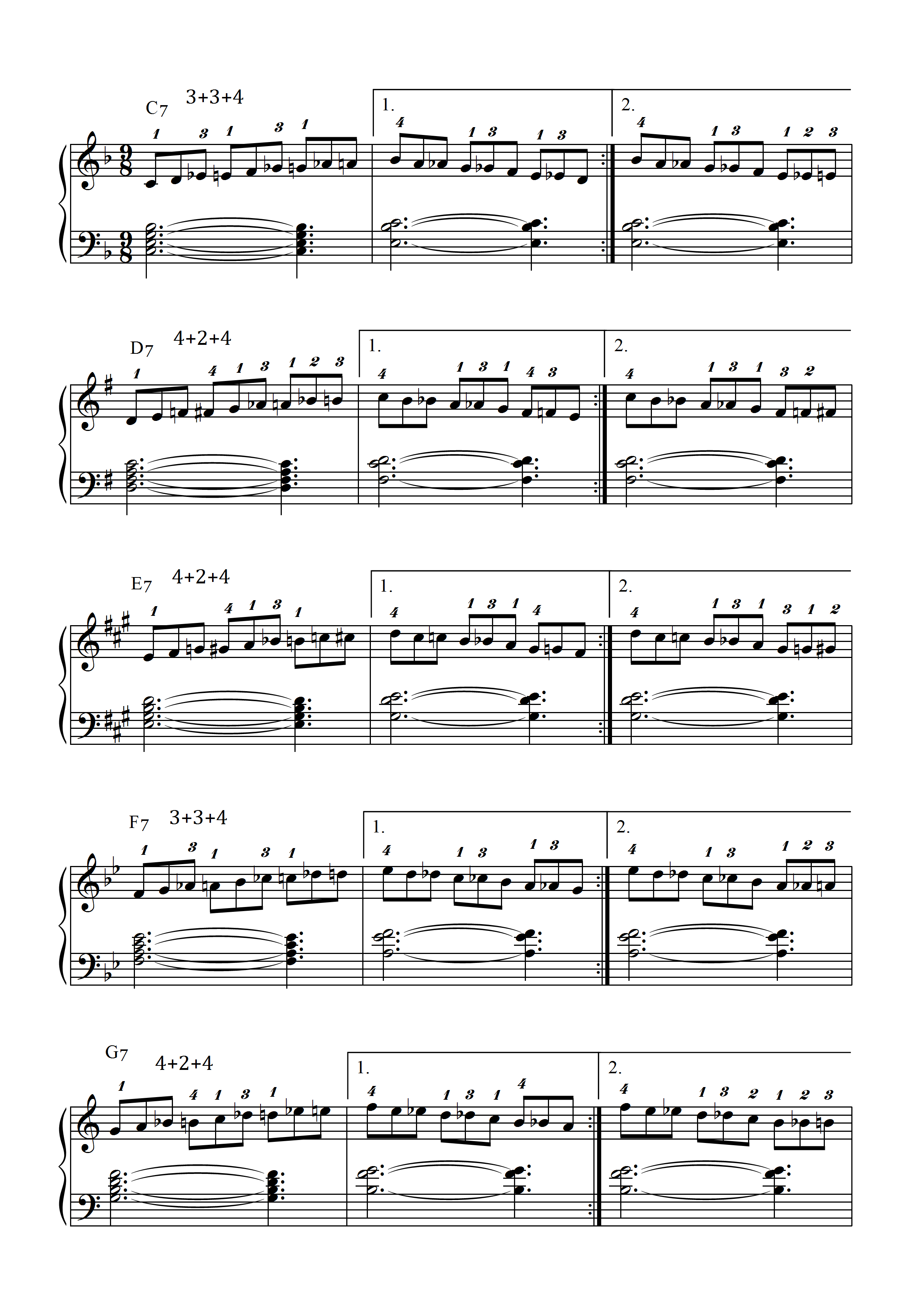 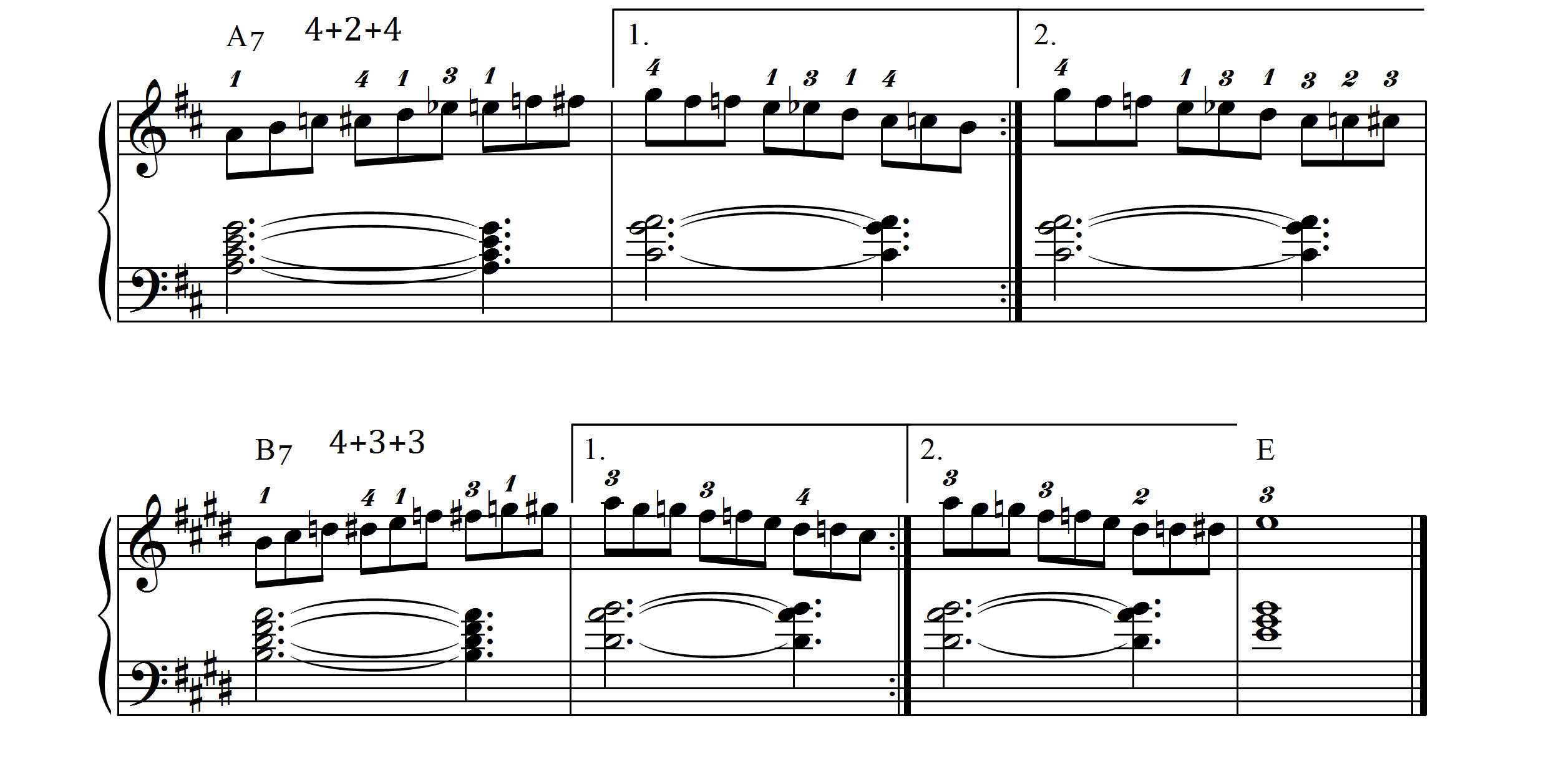 The following demonstration video plays through all seven chromatic dominant scales, but there's a pause between keys.

You should ideally be able to match the speed.

Then go on to play the two properly musical 'ChromDom' studies (Page Two of the mini-series), or use the series nav below to dot around.