One of the main motivations for learning and practicing scales is to help the hands become familiar with the 'keyboard feel' of the keys - their unique black key/white key combination.

After all, it's rare to play an actual, unmodified scale in performance. More frequent are 'scale passages' - modified scale-tone patterns.

Over time, you will find that your hands and fingers are more ready to play any sequence of notes, in whatever key.

You should expect to be able to play (transpose) these patterns in all the major keys at will, as a warm-up for improvisation - and playing in general.

Download the PDF of these STTPs in C here.

You are still playing 'in a key', though - so here's your key-specific keyboard.

Here are the first seven patterns.

Devise logical, patterned fingerings that you can describe to yourself and recall at will. 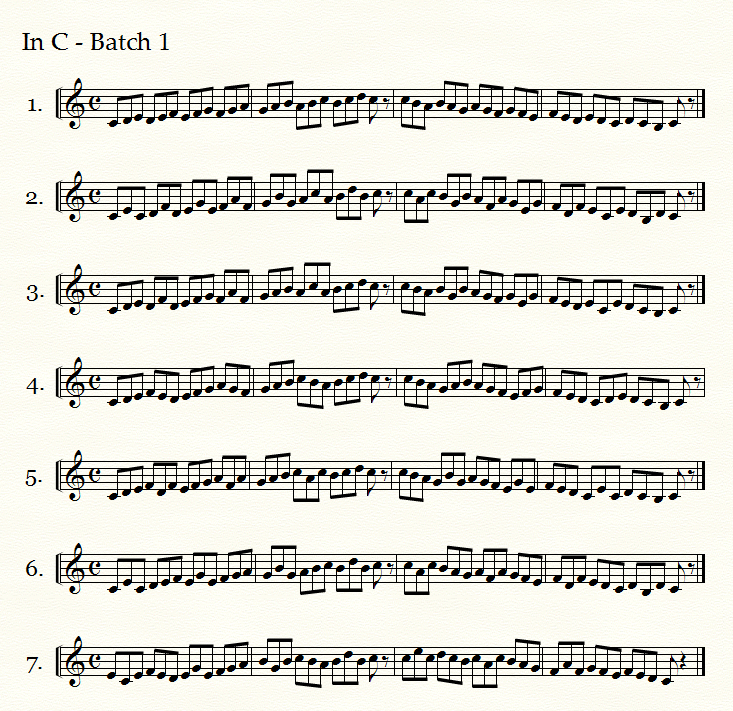 Get used to describing the patterns to yourself - essentially, what the groups of three notes do.

Notice also how the patterns vary the previous one - by swapping the groups of three around, turning them upside down, and so on.

Here are the next six patterns.

This batch introduces repeated notes (Pattern 10 on). Try to follow the classical-piano rule:

(Another option would be to learn the Batch 1 patterns in B flat.) 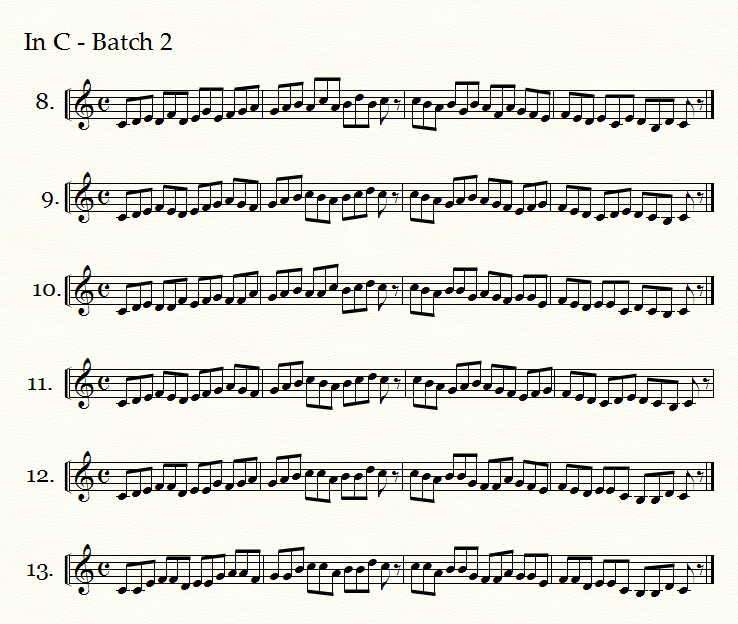 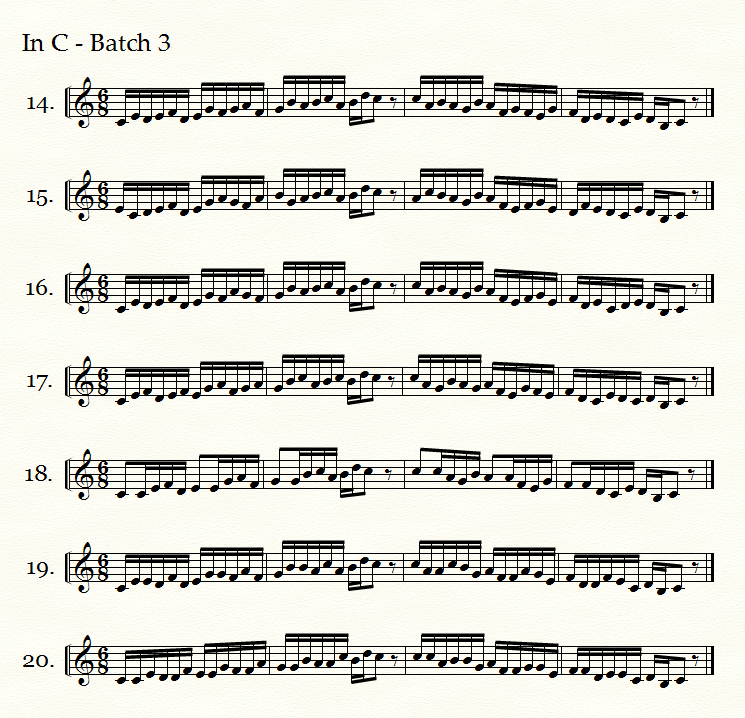 When you have done as much as you can with this page, go on to Page Two - the patterns in B flat.