Here is a sample arrangement.

The performance above is made up of:

In music, 'segue' ["seg-wey"] means ‘transition without a break into the next section of music or piece’. For example, you could make the last note A of one version the first note A of the next (as in the 'seque into the Reprise' in the example performance).

Here’s the music for the segue into the Reprise. 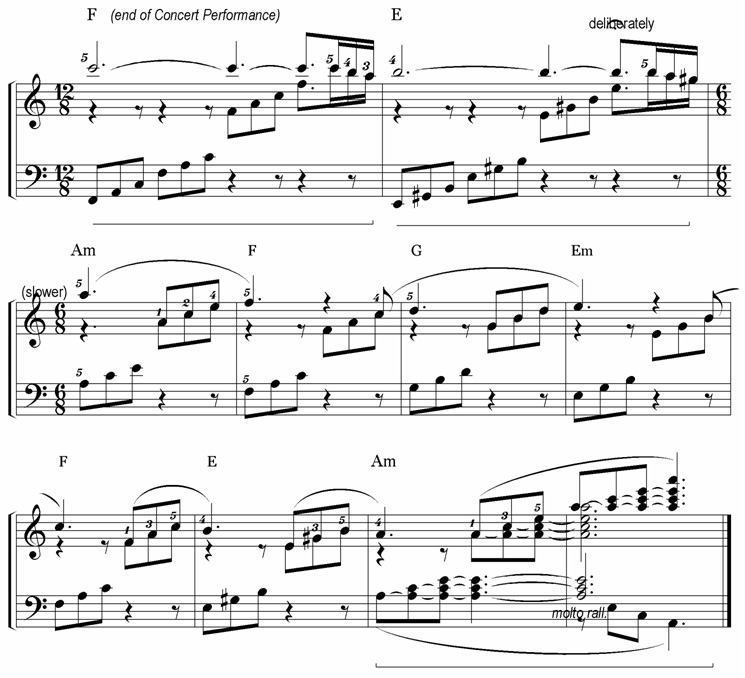 Challenge yourself to put together another arrangement.

Write down your compositions in shorthand:

You don't have to use dots to write music!

Or think of stretching the music out, as if it were background music for a film.

Now go on to the Variations. These will give you plenty of ideas!