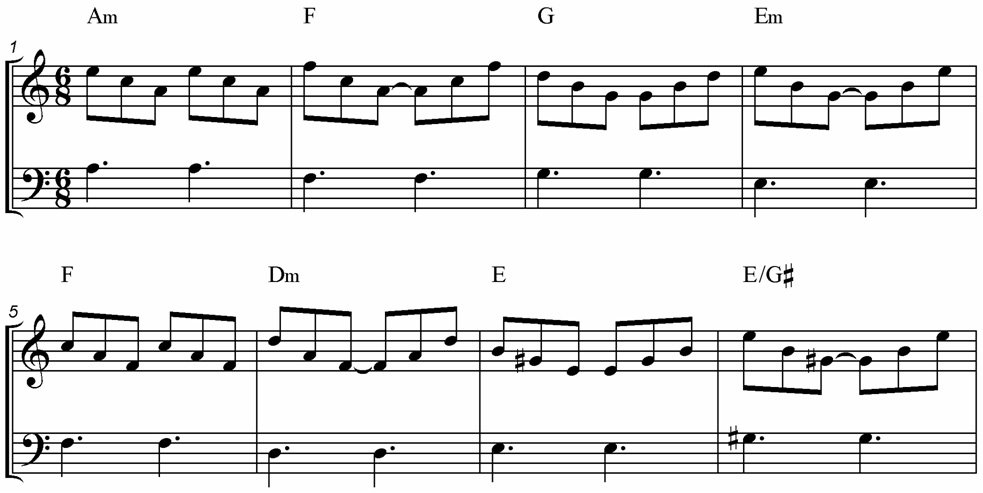 Study the music carefully. The familiar simple Pyramids melody is at the top with the stems up, and the rising and falling pattern of the broken chords is underneath. Try to complete the version.