Here is a sketch of the music so you can see what all this means. The circles are the new melody notes; the rising slashes are the groups of six BMP chord tones. 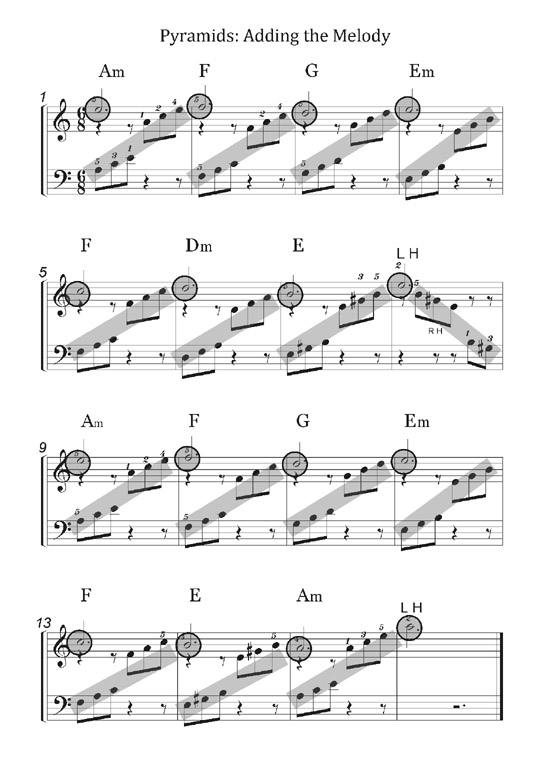 Learn the melody using any of the available material.

You'll find it easier to play the melody from memory if you understand clearly how the two halves end differently. 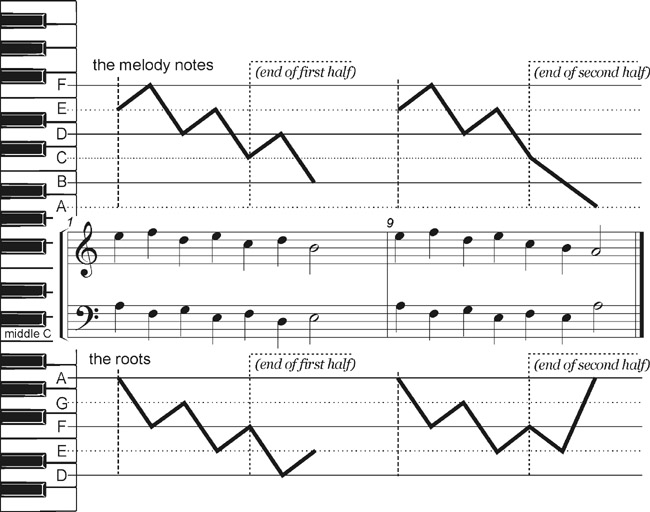 Here are two performance videos - the performance MIDI played on MidiPiano and the scrolling manuscript. 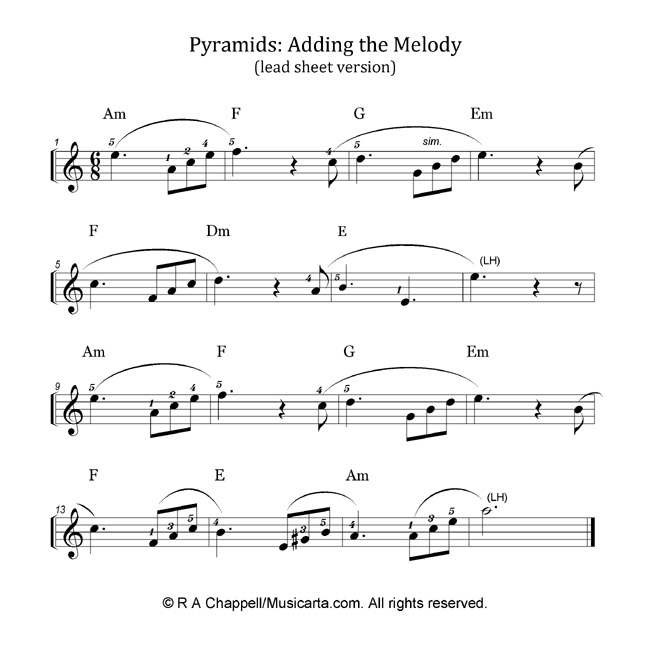 (There's a video about 'bringing out the melody' at the bottom of the page.)

In the full written-out music for ‘Pyramids: Adding the melody’, you can see that some notes have stems going both up and down. These are BMP notes that have been ‘promoted’ into the melody. But all the right hand BMP notes – promoted or not – still have their own (down) stems, to remind you where they come from.

In the full written-out music for ‘Pyramids: Adding the melody’, you can see that some of the right-hand BMP notes also have stems going up. They have been ‘promoted’ into the melody. But all the right hand BMP notes – ‘promoted’ or not – still have their own (down) stems, to remind you where they come from.