Try these chromatic scale similar motion patterns, which swap between the intervals you're already familiar with. The arrows above/below the music show you where the hands swap intervals.

Download the PDF for the Scale City Chromatic Scales here.

Shrinks by four semitones from an octave to minor sixths to major thirds. 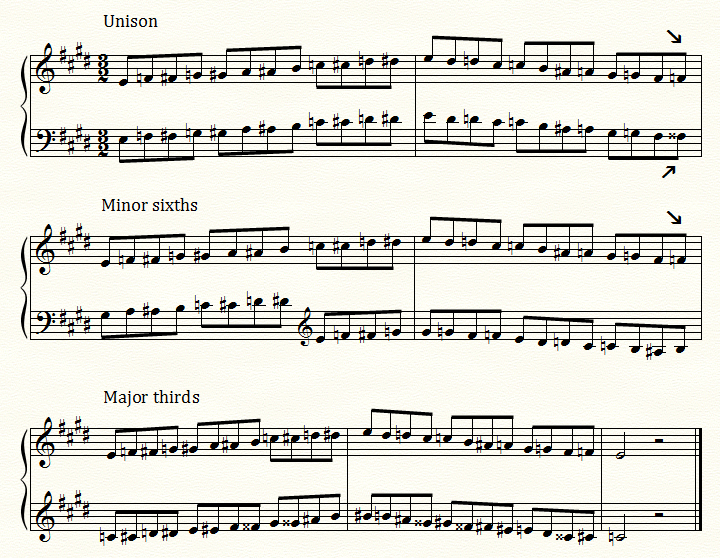 Increases by four semitones from major thirds to minor sixths, to unison, to major tenths. 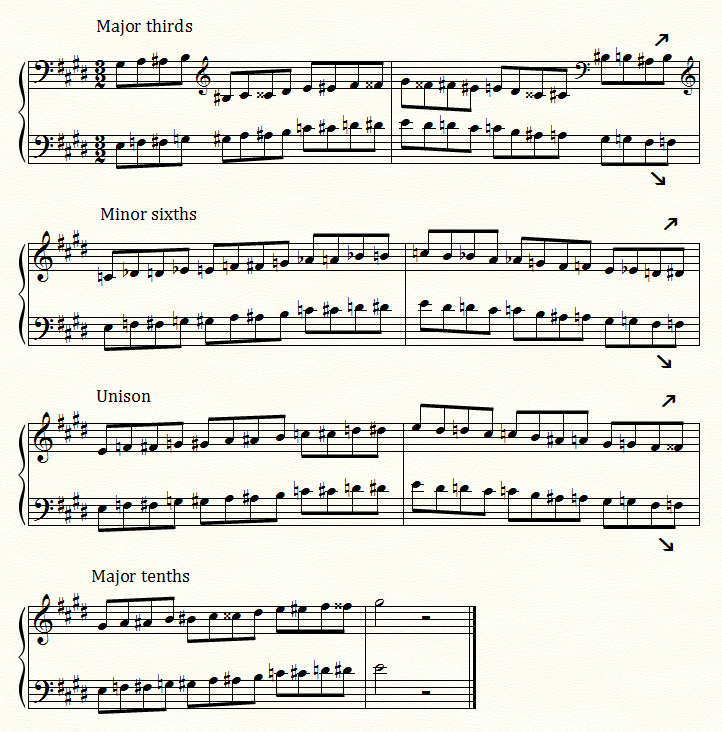 Read the music 'for the pattern only' - a starting interval plus where and how the hands change directions - and attempt the pattern from any starting place.

Reverse and invert the pattern.

The change in direction starts a semitone earlier - the difference between the intervals is greater. 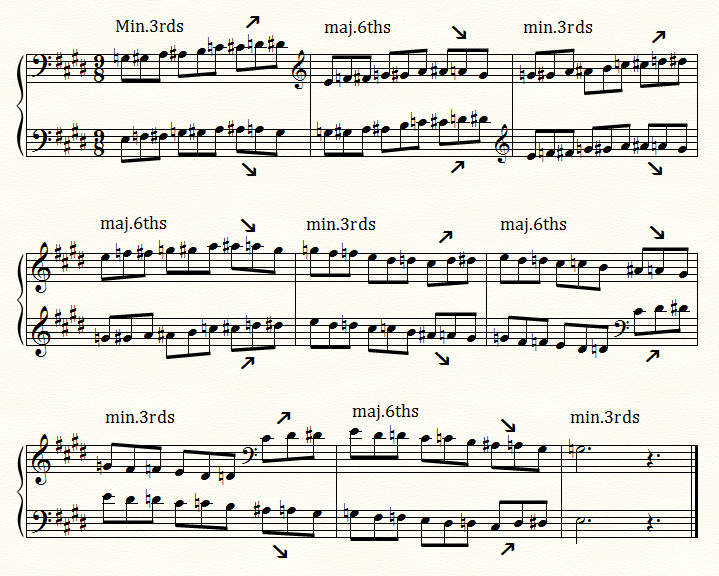 Can you devise a version of the above pattern which uses major thirds and minor sixths?