This third page of the Diminished Scale mini-series covers

You've now built up whole-step/half-step diminished chords on all the white keys. 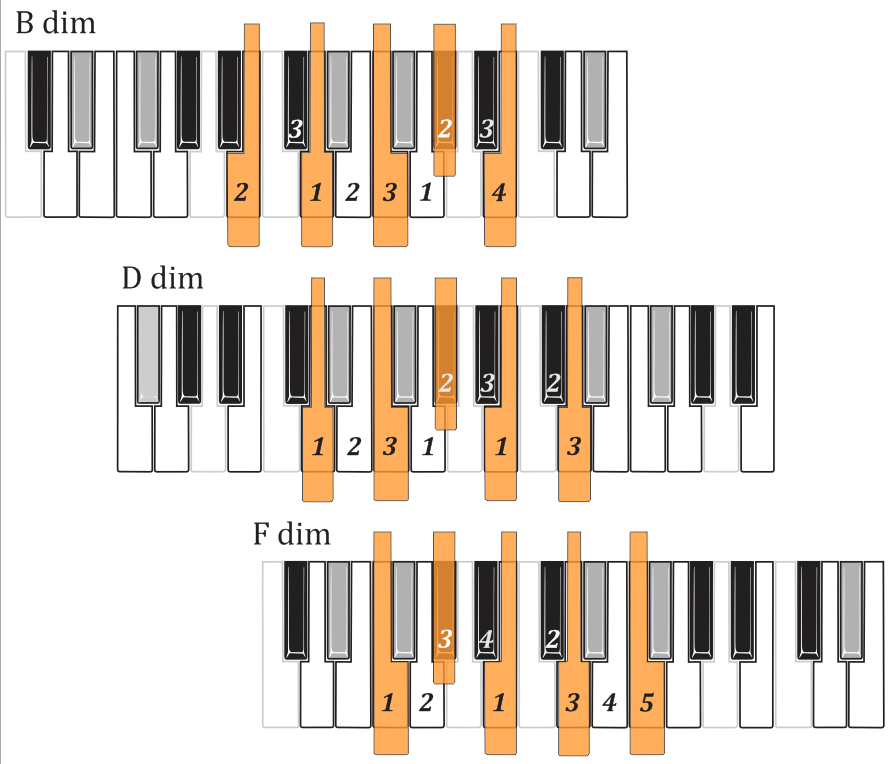 The same is true for C and A: 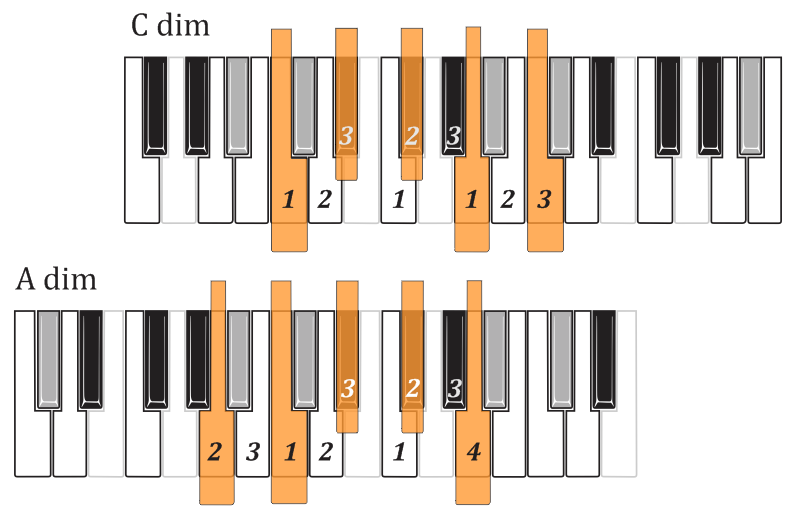 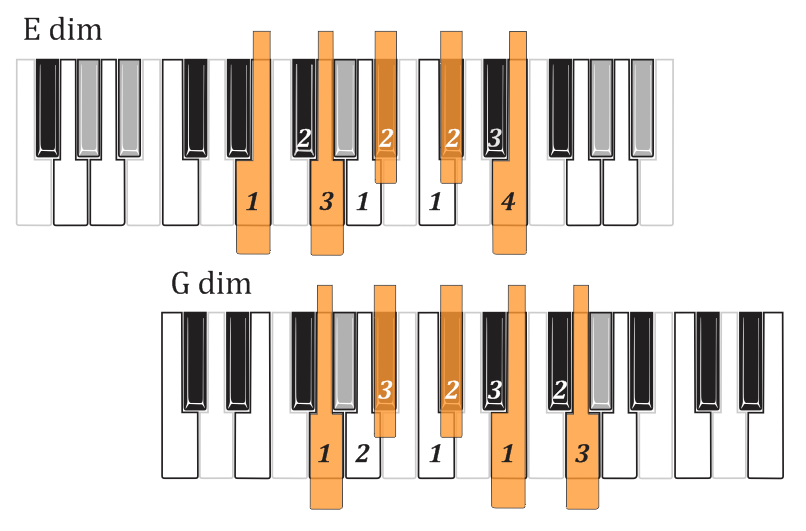 That duplication means that white-key diminished scales starting on C, D and E cover all the white key tonics. 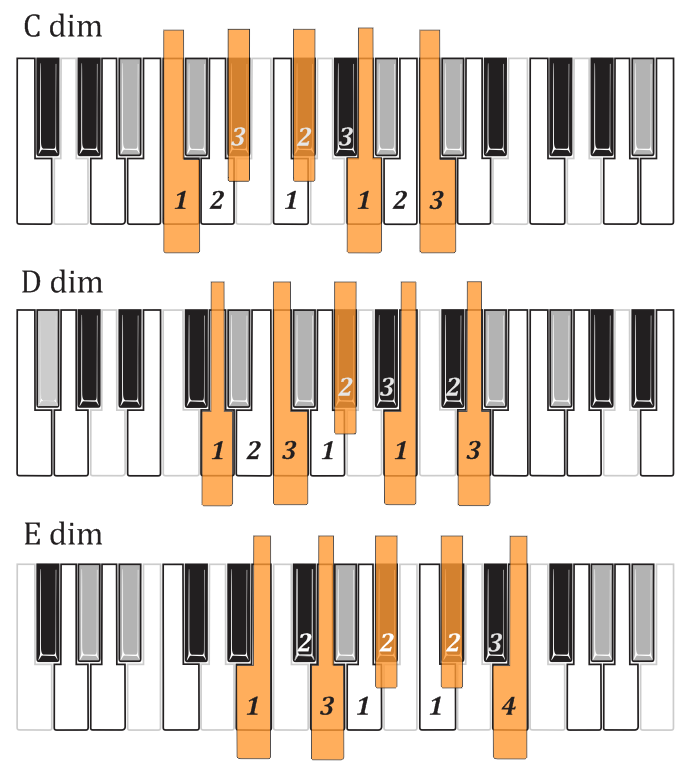 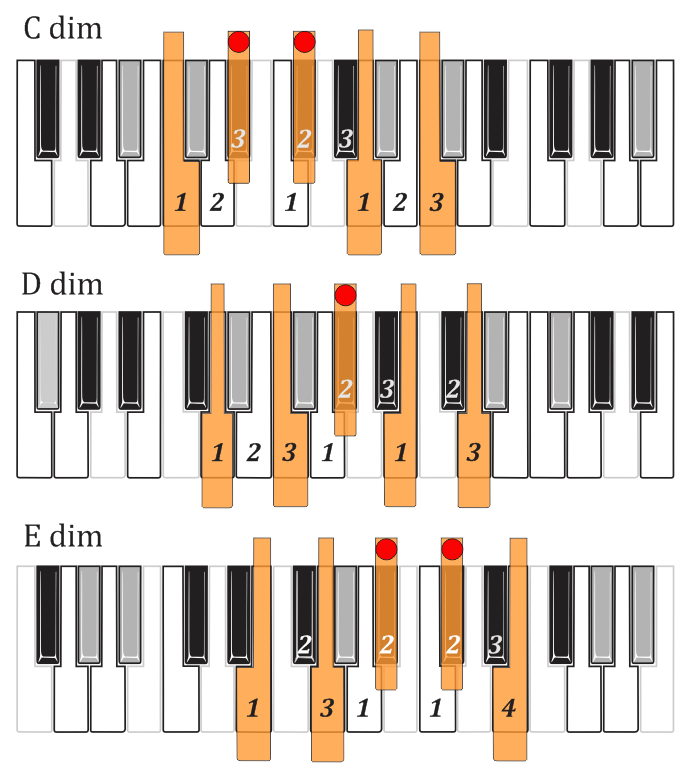 Or your 'feel' for the whole-step/half-step diminished scale might just kick in and give you the scale you want.

The example keyboards shown below are fingered for continuing up or down; you might well substitute convenience fingers at either end.

The notes of the D sharp/E flat and F sharp/G flat (tonic) scales are the same, since the tonics are a minor third apart: 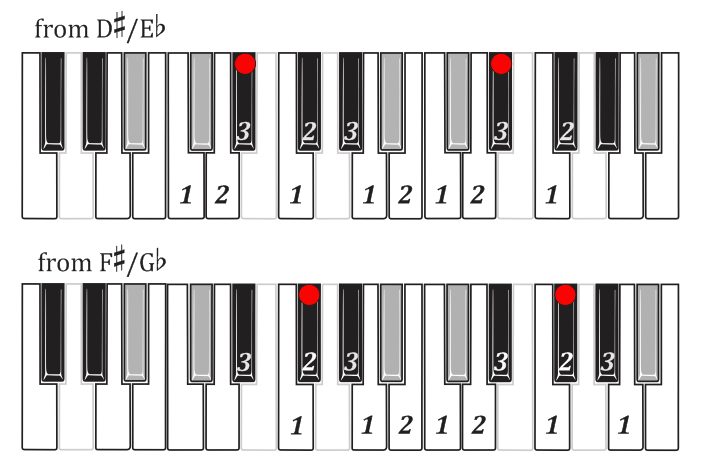 The same is true for the A sharp/B flat and C sharp/D flat scales: 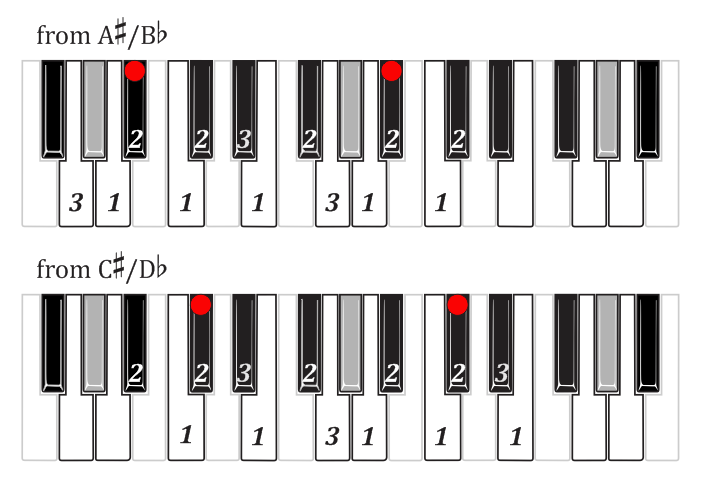 The G sharp/A flat diminished scale is one-of-a-kind, though:

You can download the MS for these five Black-key-tonic Diminished Scales here.


Stripping out the duplicates, you will cover all five black-key tonics if you practice from just the group-of-three black keys. 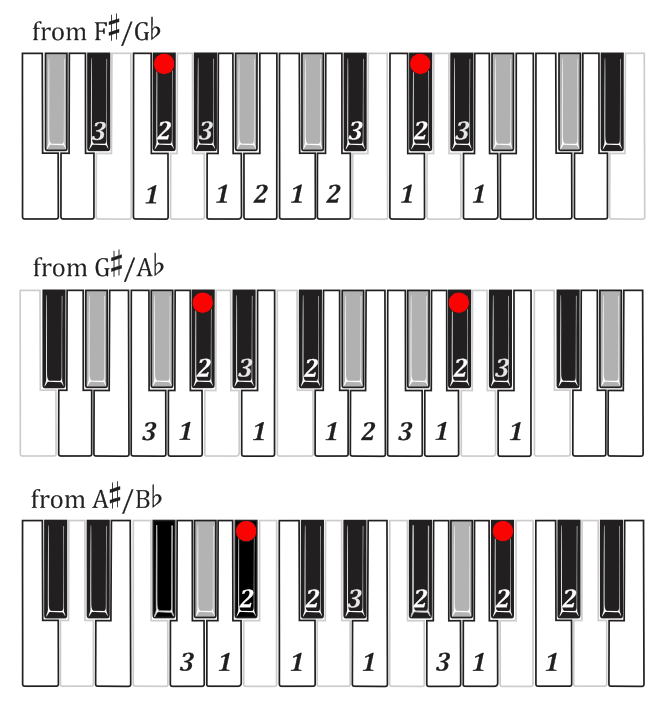 Add to these your three white-key-tonic diminished scales and you have the basis for an effective practice strategy.