In Lesson Four, you play a continuous broken chord pattern in the left hand. You have less time to switch positions and the new version is more complicated rhythmically.

Here is the all-in-one teaching video. You may find it more convenient to use the sections version which follows.

The new left hand pattern has six quavers in every bar - the chord is played bottom, middle, top twice through.

Playing the new pattern hands together

Here is the first line music marked up together, left, right (TLR).

You can see that the main challenge is the T L R T pattern in the second half of the bar. Rehearse the pattern using the tapping exercise shown in the video.

Practicing the first half of the piece

Here is the music for the first half of the piece. The video talks you through any problems you might encounter. 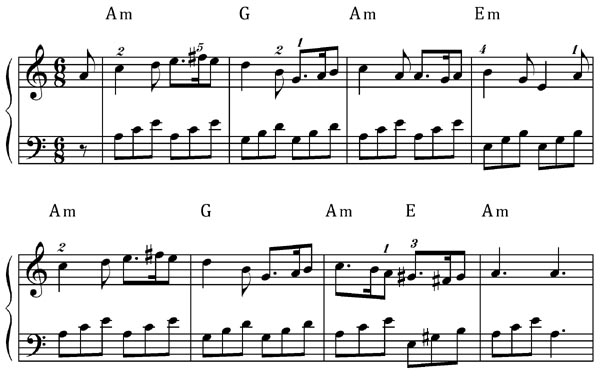 The second half of the piece

Here is the music for the second half of the piece. Only the C major chord is different. 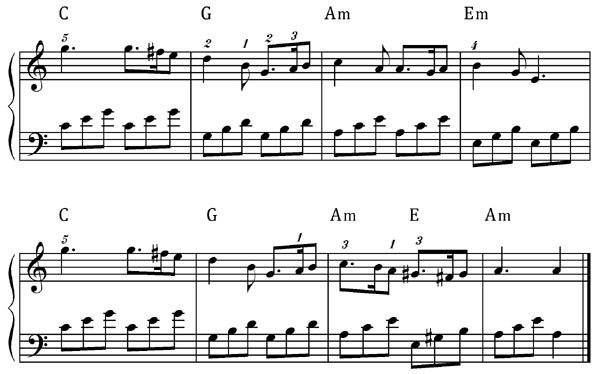 You might find it easier to work from the a copy hard copy from your download folder. 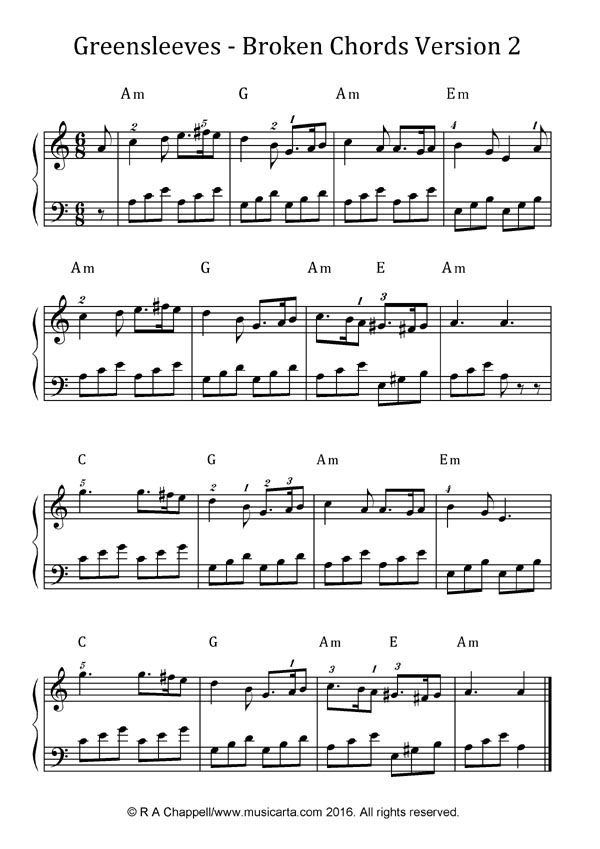 Identify any problems you have and re-learn with the video that best covers your difficulty.

You can easily combine the types One and Two broken chord textures at will. Try playing two bars of Type One followed by two bars of Type Two, or the first half of the piece one way and the second half the other, or a line of each.

Make an artistic judgement on what you think sounds best, and write a note to remind yourself on one of the MS hard copies.

Listen to this combination/pattern and see if you can replicate it.

Recap your progress so far

Spend a moment to recap your build-up so far. Here are your versions 1 to 4 in one video.

Now go on to Lesson Five, for a syncopated interlude and some snazzy crossed-hands playing.

Thanks for learning with MUSICARTA! Come back soon!