Good musicians, whether pop, jazz or classical, practice playing up and down the notes of their instruments quickly and evenly so that they can play the notes they want when they want.

Playing scales is also an essential part of learning keys. Efficient scale practice should accustom the musician to the ‘look and feel’ of the advanced keys, and knowing the keys is essential is you want to be a complete musician.

Musicarta scale practice patterns are a way of learning and practising scales efficiently, so you won’t spend hours slogging mechanically through the scales without getting what’s useful to you as a musician out of it – from the word go.

D major scales for the Canon

The first part of this module explains the D major key signature. The material applies in principle to all key signatures.

The black keys necessary for playing ‘in a key’ are indicated in the key signature. 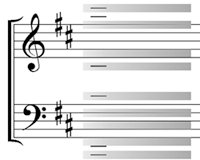 In D, all notes written on the lines or in the spaces shaded in the diagram above (any F or C on the piano, in fact) are played on black keys F sharp and C sharp, which replace white keys F and C, but, for clarity, only two sharps are shown on each clef. The rest are understood.

(Note that, if a key signature shows two sharps, they are always F sharp and C sharp, never any other two sharps.)

The main reason for learning scales in keyboard playing is to learn keys. If you know your D major scale, you know what the key of D major ‘looks like’, and you will much less likely to play wrong notes. 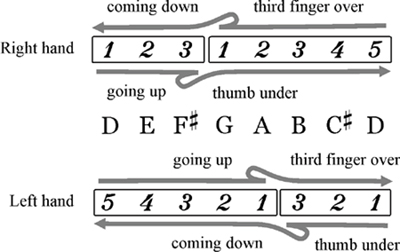 The pattern runs up and down the first five notes three times, then all the way to the top. Play the audio and/or the MIDI file to see how the line diagram represents the pattern.

As a line diagram, it will look like this.

As line diagrams, other scale practice patterns you have encountered in this module so far will look like this.

RH and LH mean ‘Play with the right hand (or left hand) alone’. LH/RH means ‘Play with hands together’.

Here is the next set of scale practice patterns.

You want to be ‘seeing the key of D in the keyboard’ – no white key F’s of C’s, but black-key F sharps and C sharps instead. Here’s the ‘virtual D’ keyboard again.

Playing scales from these patterns will reinforce your knowledge of the keys and improve your ability to see shape and pattern in music generally. 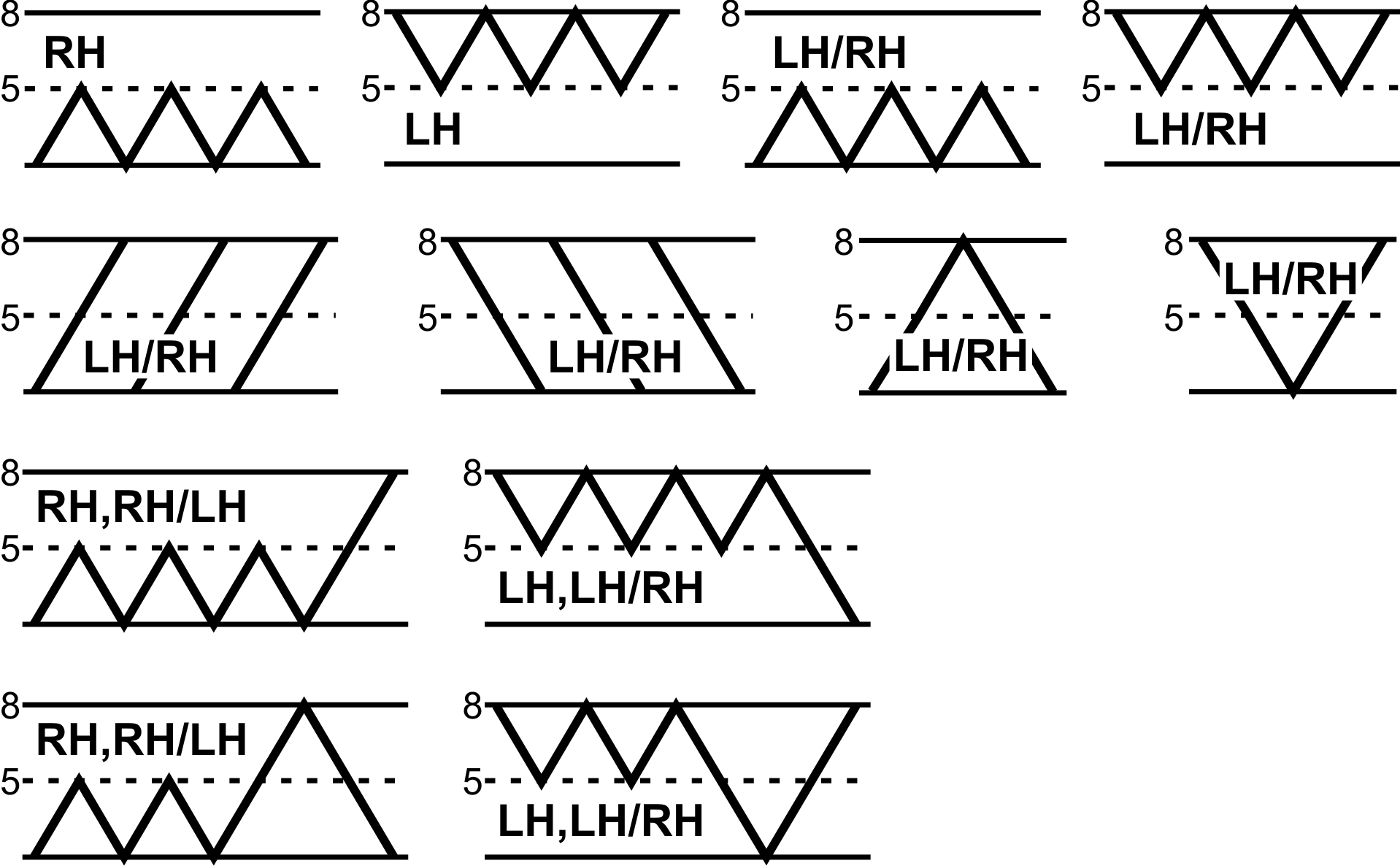 Written-out music for the last two line diagrams in this collection hasn’t been presented. To check your understanding, play the patterns from the line diagram alone, and then check your work with the audio and MIDI performance files: