The next chord we add to the Aeolian family is ëIII (“flat three”). ëIII is a major chord built on the note three semitones up from the mode’s name-note. In A Aeolian, ëIII is C major.

Here is the first version of the module riff.

The chords you will need are on this group of keyboards. 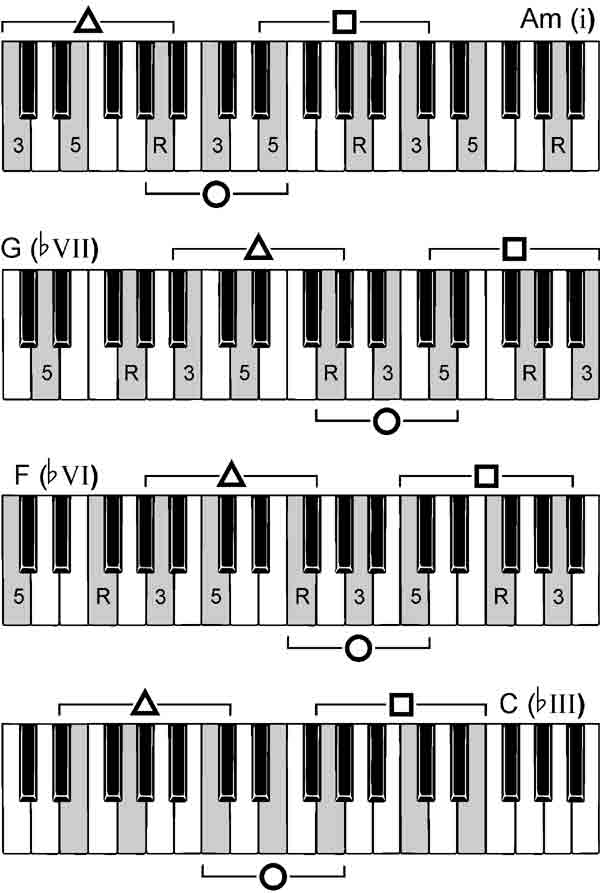 Here is the chord sequence. There is a four-bar introduction. Find the right hand chord inversions for the riff from the chord chart. 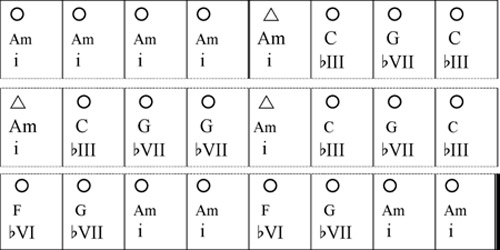 See if you can play along with just one right hand chord per bar will do.

The chords in Roman numerals

Understanding the Roman numeral system of indicating chords moves your mastery of chords up a level. Try to find the chords using just this chart.

Here (on the left) is the audio clip of just the chords, played through. You need to be able to play them at about this speed to proceed. On the right is the slightly simplified teaching version of the module riff. Find the chords and practice playing along with just one right hand chord per bar to start with. The chords written out are at the end of the module if you need them.

Try to pick up the melody from the audio clip and the chord chart, if you at all can. The chord chart will help you because melody notes are usually chord tones.

Picking out a melody by ear is the essence of the real musician’s skill. You might find that you’re better at this than you thought. In any event, lots of practice is the way forward.

Here is the melody in MS. The introduction is not included. 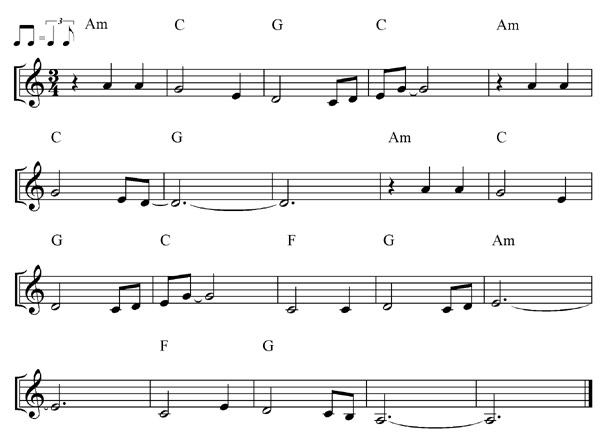 The left hand in the audio clip (and the MIDI file) plays some quiet supporting triads you may wish to copy. The second half of the performance (second chorus) allows a little syncopation to creep in.

Stage Three: Playing both parts together

Now you try to ‘meld’ (to play together) the melody and the right hand chords in a three-four rhythm.

This is the version in the first Module audio clip. Here it is repeated, for convenience.

Try your best to put together a performance from the chord sheet and melody MS, with the audio track for guidance. As a last resort, have a look at the written out music at the end of the module.

Stage Four: Getting more syncopation into your playing

Here’s the fully syncopated version of the module riff.

Let’s see how the plain three-four version is developed into this jazzy waltz texture.

For example, take the pattern we use for the introduction. (It could equally well be used to back your lead instrument or vocals.)

The only new development is the left hand quaver on “3 and”.

Now syncopate the bass with a repeated note on “2 and”:

Use the counting and the TLR (together, left, right) analysis to help you play along with the practice-speed audio.

Next thee right hand gets some syncopation. The first right hand chord is pulled forward into the “1 and” quaver slot.

When you can play that, practice it on two chords, A minor and G.

Now we take the rhythm back one level to practise the separated melody on the little finger side of the right hand:

The bass note on quaver count six is the perfect opportunity to introduce a ‘moving note’, where the bass part moves in an interesting way between the chord roots.

Practice the bass line with just chords (no melody) in the right hand, as if you were just accompanying (‘comping’). The numbered types of bass line movement are also shown in the following MS sketch.

If you were just comping, you would probably smooth out the top line of the right hand inversions as shown in the MS. Work out these inversions and play them instead of the originals if you have time. 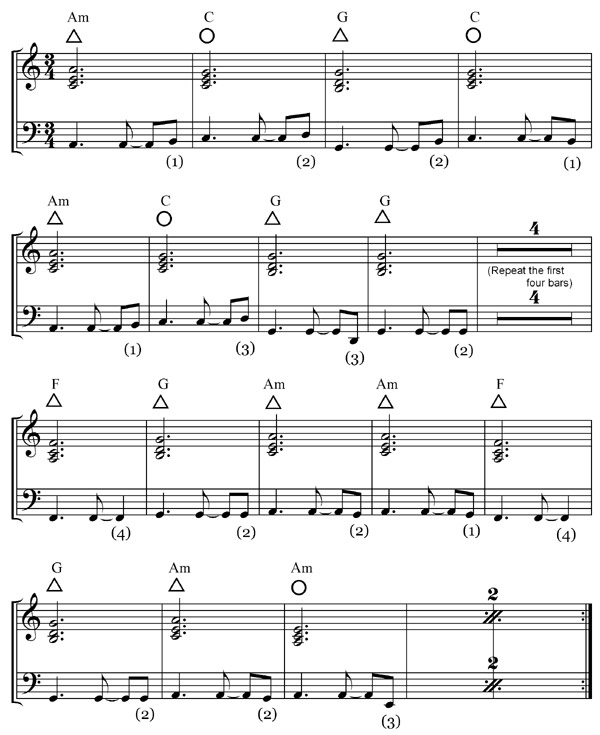 These bass notes are the actual notes used in the jazzed-up version of the riff. Listen again and follow in the MS. You can practice at a much slower speed to start with.

This is the end of the module material. Here are the full MS examples referred to earlier. 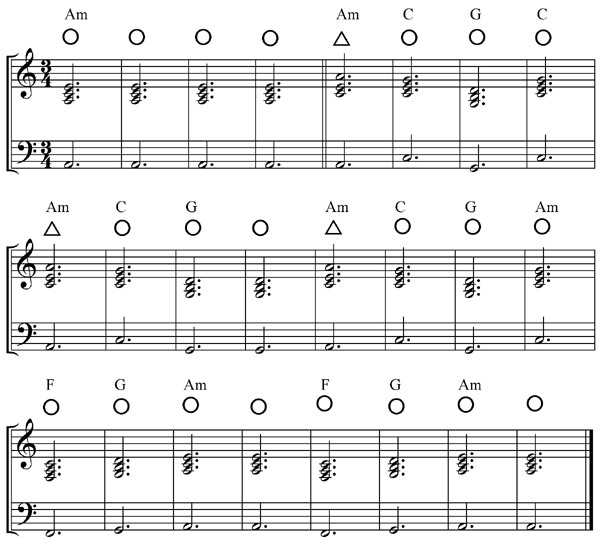 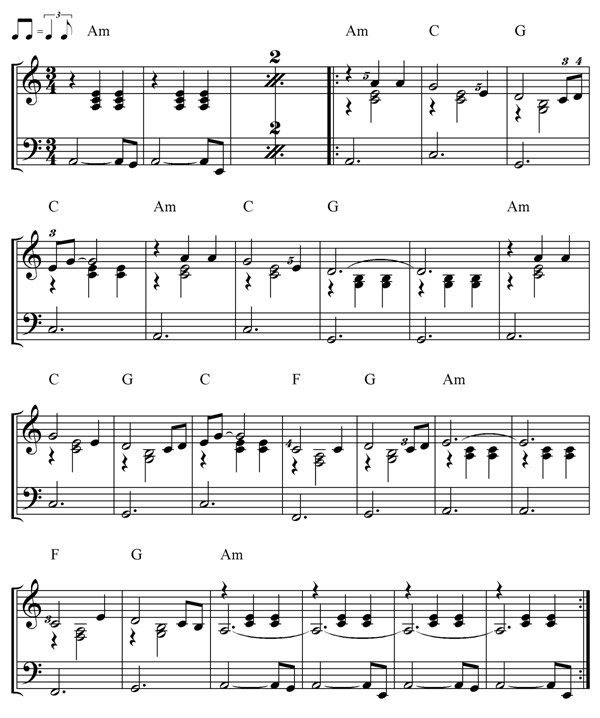