Seventh chords do not always conveniently appear in root position so we can easily see what's going on!

Here's an 'evolution' in C using two hands and starting from a right hand second inversion chord. (That means it's the middle note of the right hand chord which starts moving.)

Here’s what you do:

1. You play a second inversion C major triad in the right hand and the root (C) in the bass.

2. You lower the middle note of the right hand - the root - a semitone to make a C major seventh chord.

3. You lower the seventh another semitone to make a C (dominant) seventh chord.

4. You lower the third of the chord - at the top - to make a C minor seventh chord.

5. You lower the fifth - at the bottom of the right hand chord - to make a C minor seventh flattened fifth chord.

6. You lower the root (middle note) a semi-tone again to make a C diminished seventh chord.

7. You play a Bb major chord the same shape as the C chord you started with.

To associate the sound with the type of seventh chord, say the name/type out loud as it appears on the performance video, and also as you play through the series.

There are two slightly easier portions of the two modulating series which cover the more common keys and which you should learn first. They are:

Here is the music and the video performance for the first set. The set plays through twice. 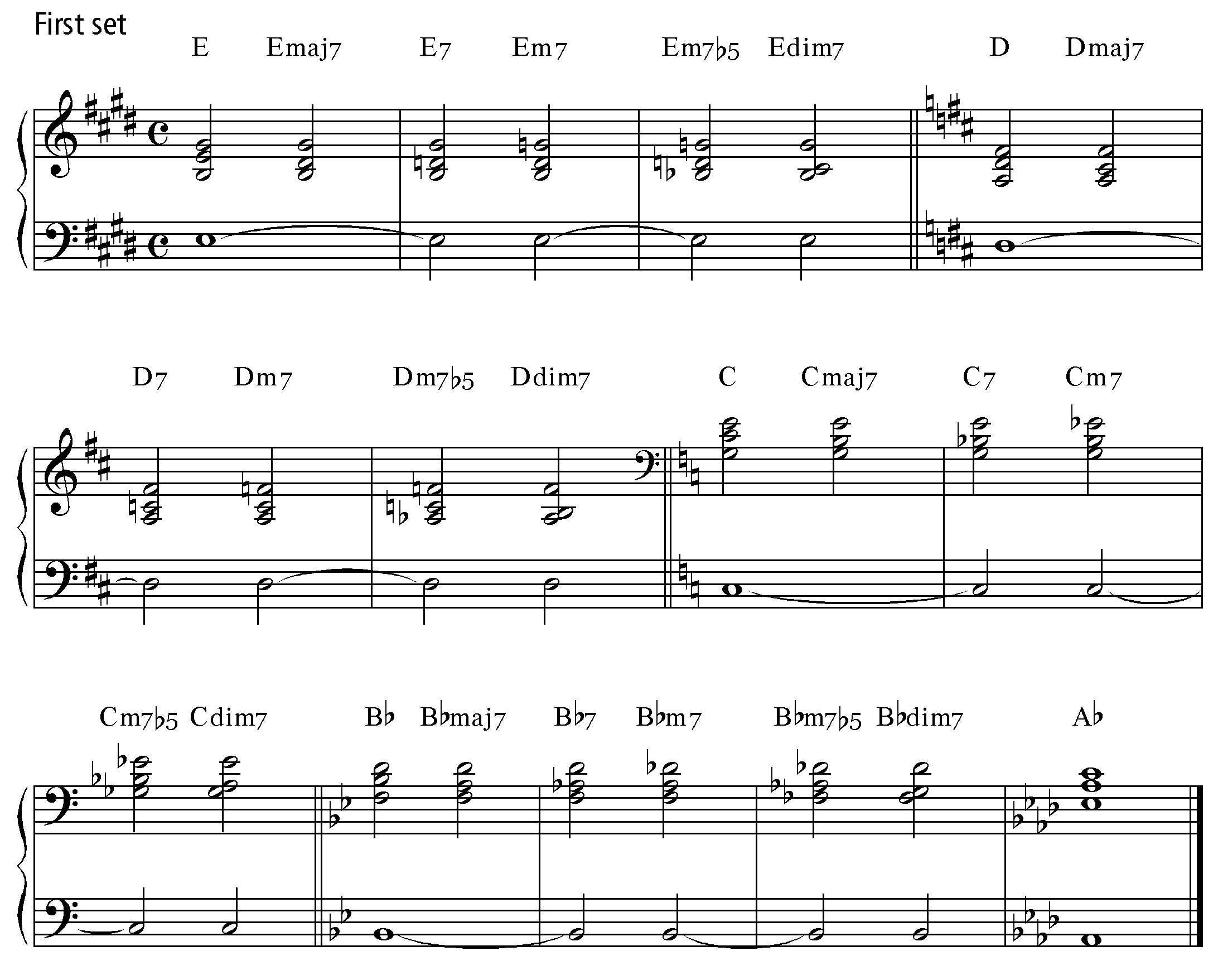 Here is the second set. 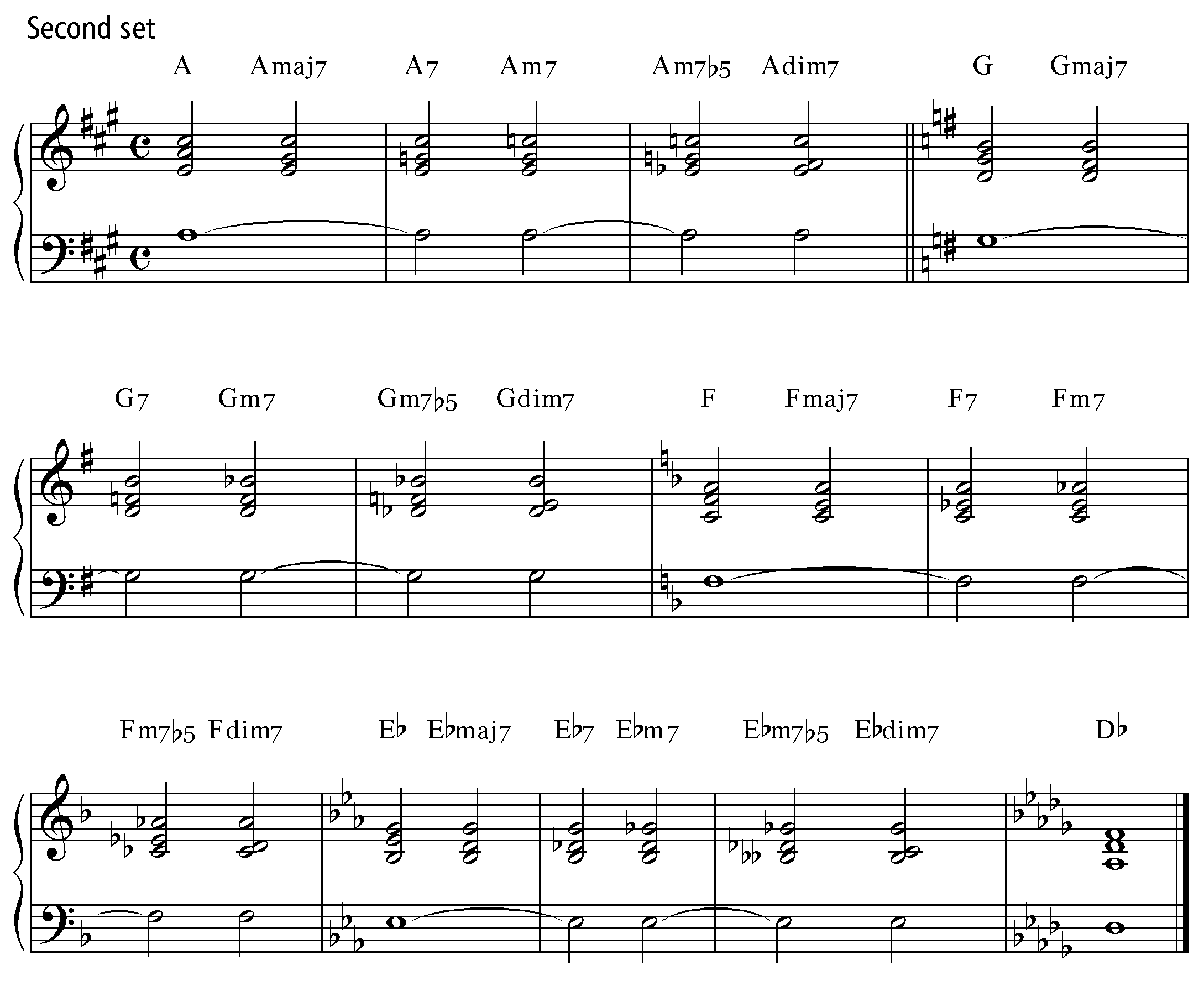 By working repeatedly through these Musicarta Seventh Chords modules you can learn to build any type of seventh chord on any root, without any music or diagrams to help you.

You also want to be able to recognise different seventh chords by ear. Once you've got the mechanical movement going, concentrate on listening hard and saying the types of chord as you play them.

Eventually you should be able to hear these drills in your head and name the different seventh chords as they cycle past.