Once you can locate Basic Music-making Position (BMP) chords on the keyboard using their name-note (root) – the lowest note in each hand – you can play an impressive- sounding ‘Four-chord Version’ of Pyramids. 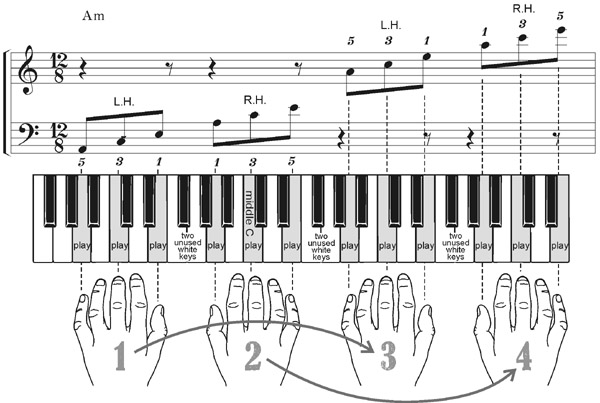 A ‘aerial view’ of the Four-chord Version 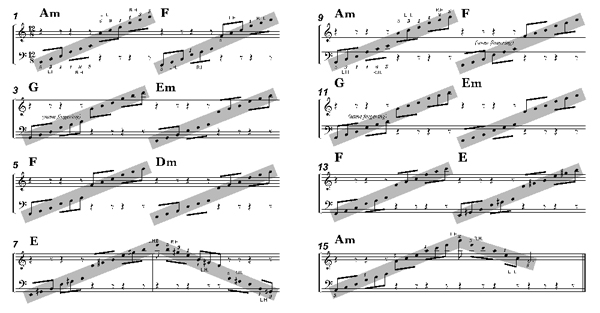 It’s very easy to pedal too much, overwhelming your listeners and losing your music in the wash of sound. You have to listen carefully to your pedalling and try to be ‘tasteful’.

Everything in the Lesson Three ‘Adding the Melody’ version right hand goes up an octave, and the left hand starts an octave lower. This leaves room for the two extra chords – the right hand and left hand chords 2 and 3 of the four-chord version. 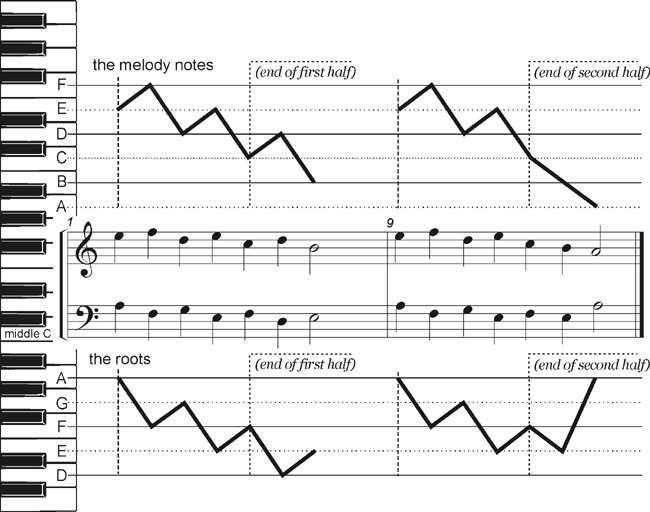