You can still ‘stretch out’ these bass lines and play them in twelve-eight. But if you learn right hand ‘first inversion chords’ for the Pyramids chord sequence, you can play these developed bass lines in six-eight. This will make experimenting a lot quicker and more efficient, as well as giving you another Pyramids variation to play. 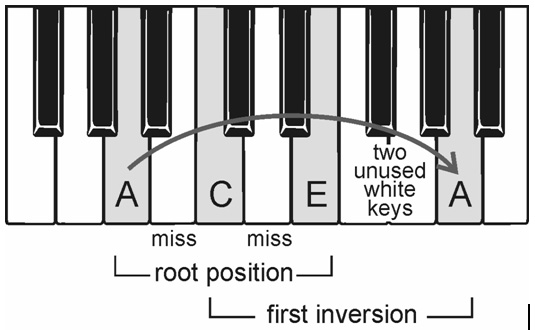 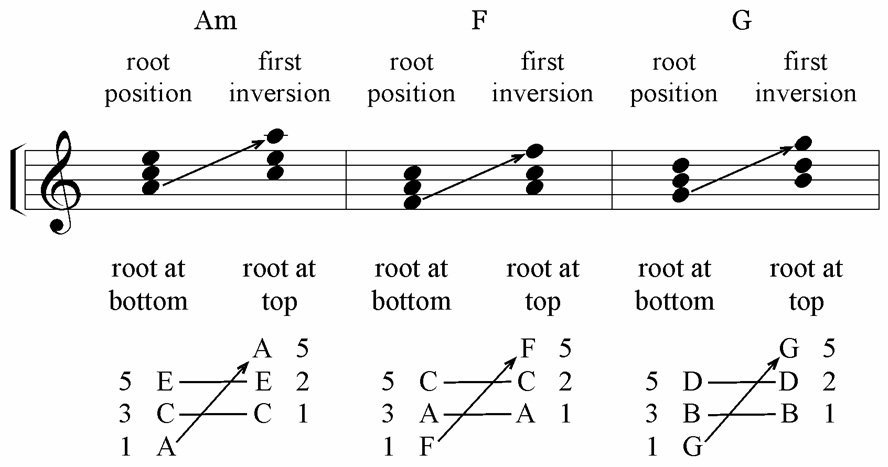 (This music is written out in your Workbook.)

(The Developed Bass Lines with RH First Inversion Chords, Mixed Types One, Two and Three MS is in your Workbook at this point.)

The audio files because sound exactly the same. You can see the difference in this video (or if you play the files on MidiPiano): the 'official' version (M20) is the top keyboard; the changed version (M21) is the bottom keyboard.

Tip: Watch the keyboards one at a time until you see the difference.)

There are two benefits from studying the ways that the bass can move between roots in such detail. The first is that thinking about and listening for steps, skips and jumps in music will help you work out by ear any music you want to play, whether it’s in your head or on a CD. Does the melody or the bass line stay on the same note, or go up or down? By how much? A little or a lot? A step, a skip or a jump?

Note than you can play all these versions an octave lower, if you prefer the sound. The Workbook has some bass lines written an octave down - try them with LH-over patterns in 12-8 or RH first-inversion chords in 6-8.