Listen to the module performance and see if you can hear this happening. 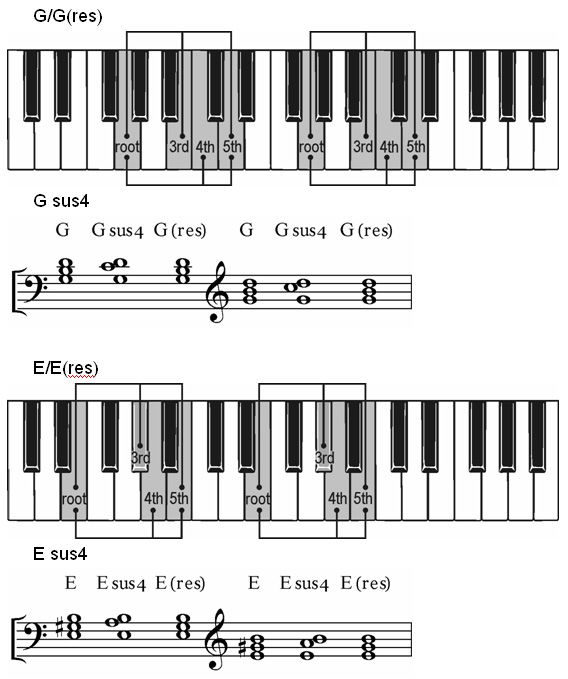 The next piece of music is a slow Pyramids variation with plenty of time for suspensions and resolutions. (A pavane is a slow dance.) As well as the three-note suspensions and resolutions shown above, the Pavane uses seventh chords with suspended fourths. You can see that the bottom three notes do exactly the same as the ordinary sus-res chords – they just have an added seventh. 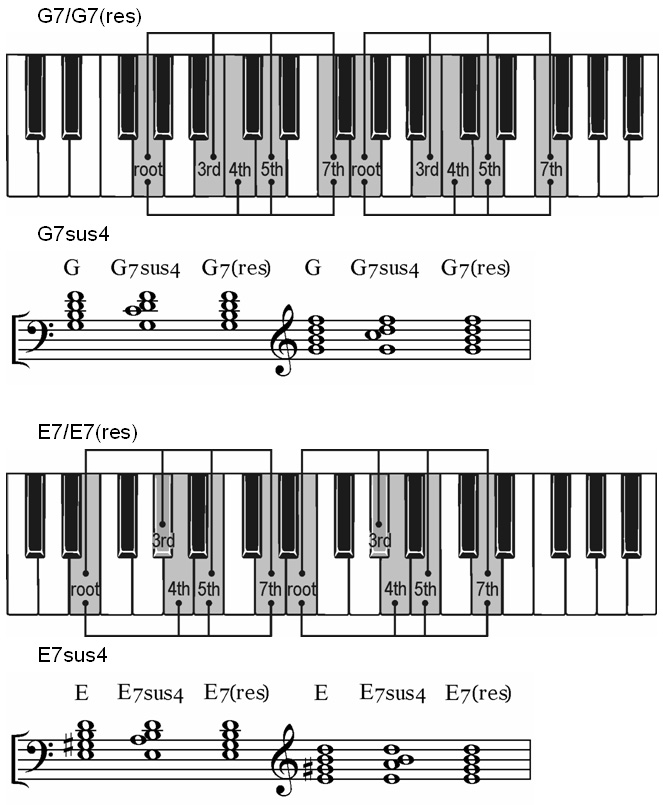 Here is the MidiPiano performance. You can play either or both of these as an introduction to the full version for an extended  segue performance

The ‘Suspensions and syncopation in four-four’ variation in the first Further Variations section uses suspensions as often as possible. In bar 6, look out for a Dm sus2 chord, where the root is the note pulled up then released.