Watch the A major version performance.

The black-key quotient is now as follows:

Here is the E major pentatonic keyboard, counted out.

Two scales (A and D) are already familiar, but the patterns are now played rising rather than falling and vice versa. The E pattern is new.


The left hand chords in A

The left hand in the A major version includes some rather foxy internal melodies, which are demonstrated in the teaching video.

The inner melody notes are not just pentatonic scale tones , but include the major seventh from the major scale. See the mark-up below.

As this study is mainly about getting your hands round the melodic scale-tone patterns, feel free to simplify the left hand as much as you like. 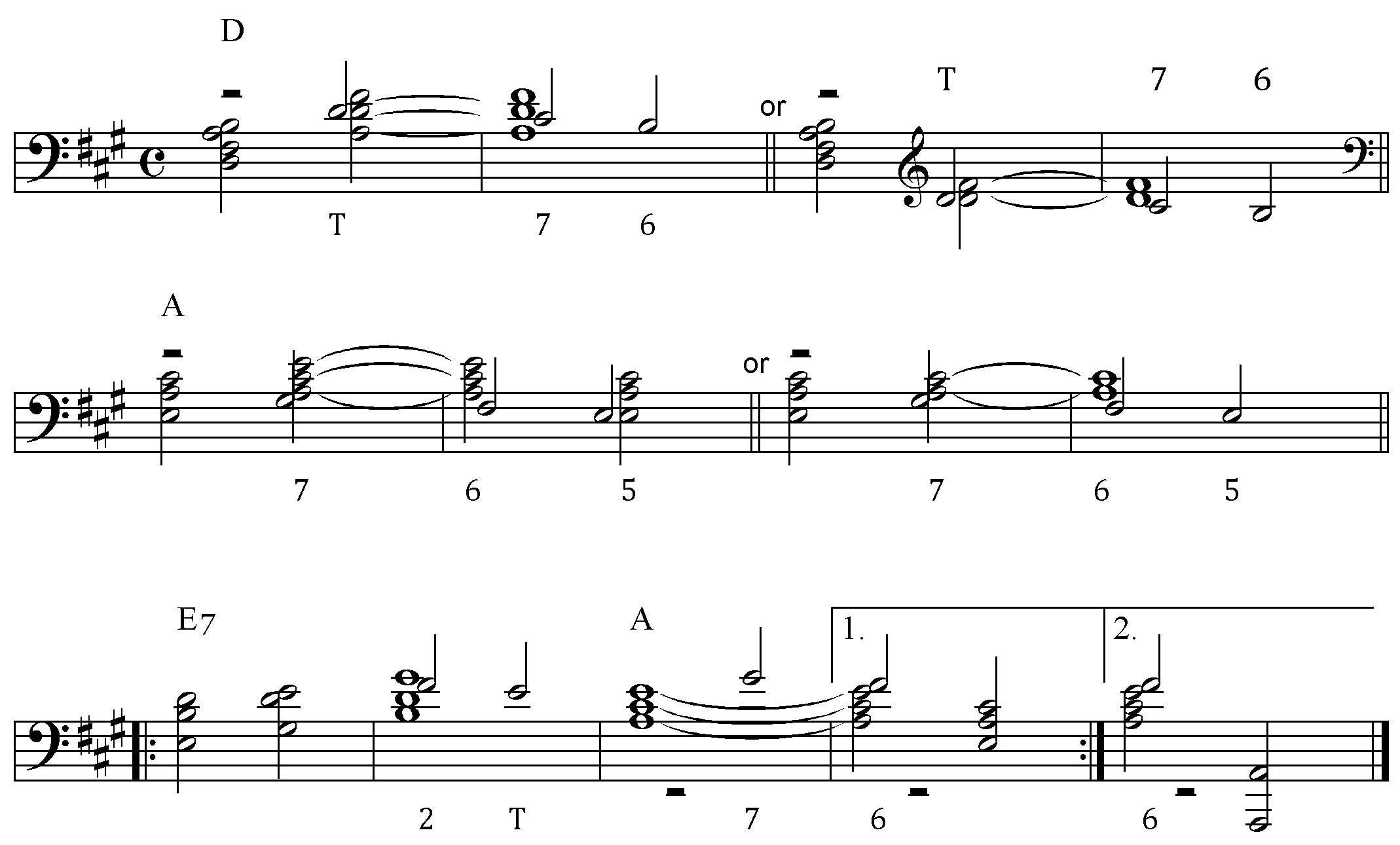 When you're comfortable with an A major left hand version, start building your hands-together performance a chord at a time, as you did for the first version.

Here's a version where the second left-hand chord in every bar is 'anticipated' - brought forward a quaver. Is that a variation you might like to try?

Use the video as a play-along practice opportunity for the left and right hands separately and together. The anticipation eventually creeps into the third of the four chords as well.


Building on your achievement

Keep coming back to this study, playing up and down the familiar pentatonic scale-tone patterns in the D and A major chord sequences.