This is the first of the scale-tone practice pattern pages accompanying the Musicarta Pentatonics Workbook. The patterns are all in G major pentatonic. 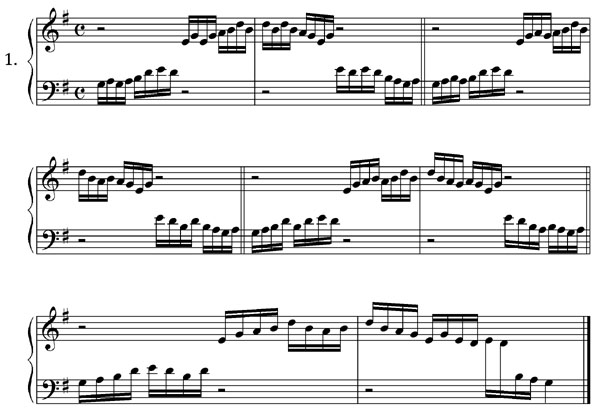 This is Pattern 1 but extending over three octaves. The music is all written on the same stave with clef changes. 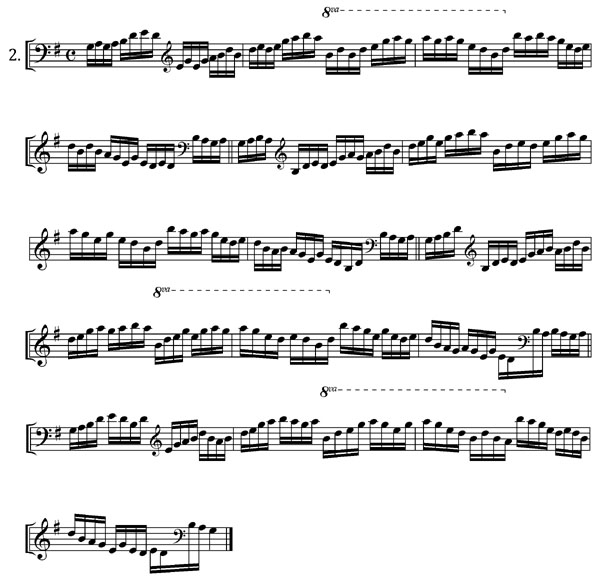 This pattern dips below the starting tonic on the turn – the kind of thing you want to notice to minimise confusion and put you more in charge. 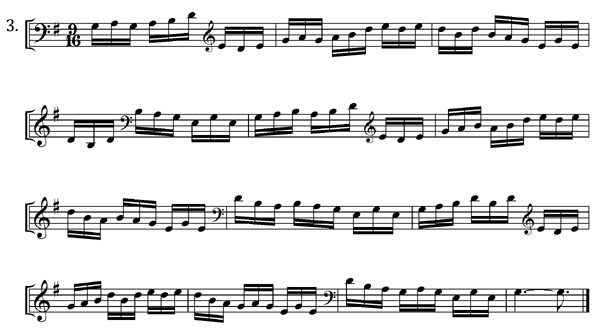 The six-note groups here are pure zigzag. They overlap first by four notes, then by two, then finally by only one tone (the most difficult), giving a pure zigzag pattern overall. 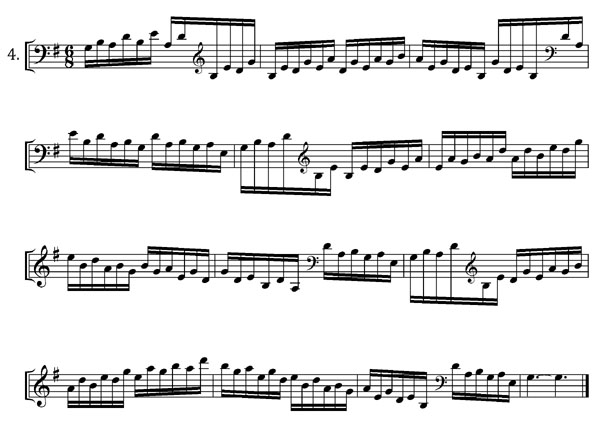 Try making a pattern which inverts the first and second pairs of notes in turn.

Click through to the second page of major pentatonic practice patterns here.