These pages offer three sets of 'scale-tone practice patterns' (STPPs) - in C, Bb and A (none, two and three accidentals). You should have worked through the first page, in part at least, before tackling this page.

These patterns in A are still more demanding. Yes, you CAN play the black keys with the thumb, but it will fall more naturally on the white keys.

Scale-tone Practice Patterns in A

School yourself to 'think in A'! Three sharps - F sharp, C sharp and G sharp.

Close you eyes and 'feel' the A major keyboard: its combination of white and black keys, what the scale feels and sounds like. Play some scale practice patterns in your mind's eye/on your desktop in preparation.

Here are the first seven patterns. 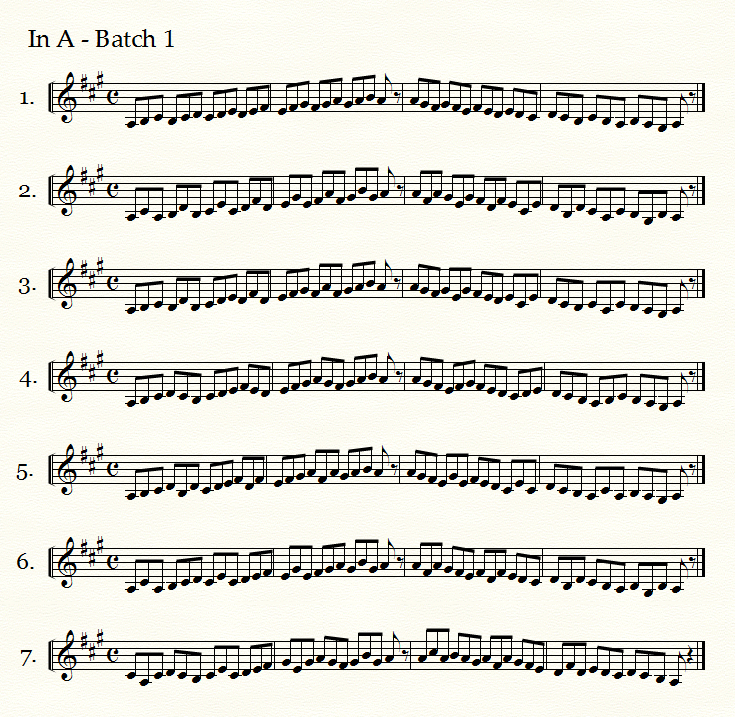 Rehearse the patterns mentally, without using the thumb on any black key, and, most importantly, without 'running out of' fingers.

Here are the next six patterns. 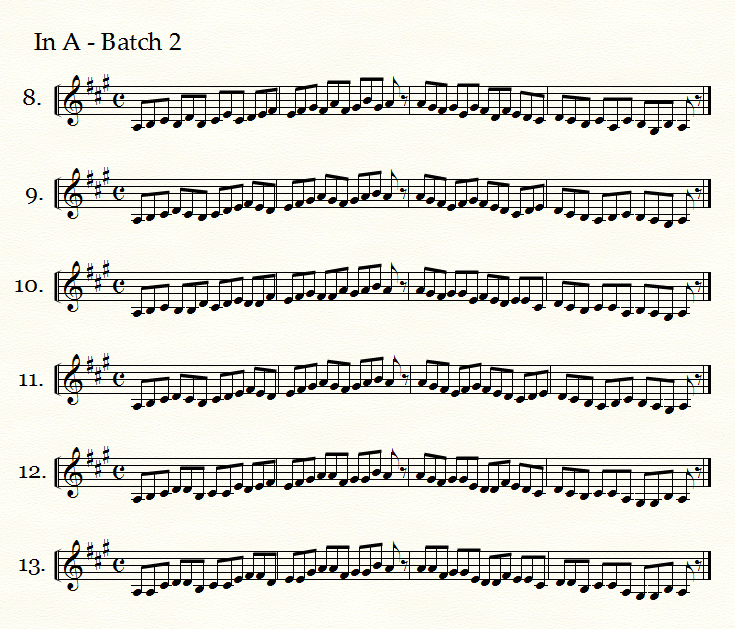 Could you play any, or all, of these patterns:

Here are the last six patterns, in six-eight. 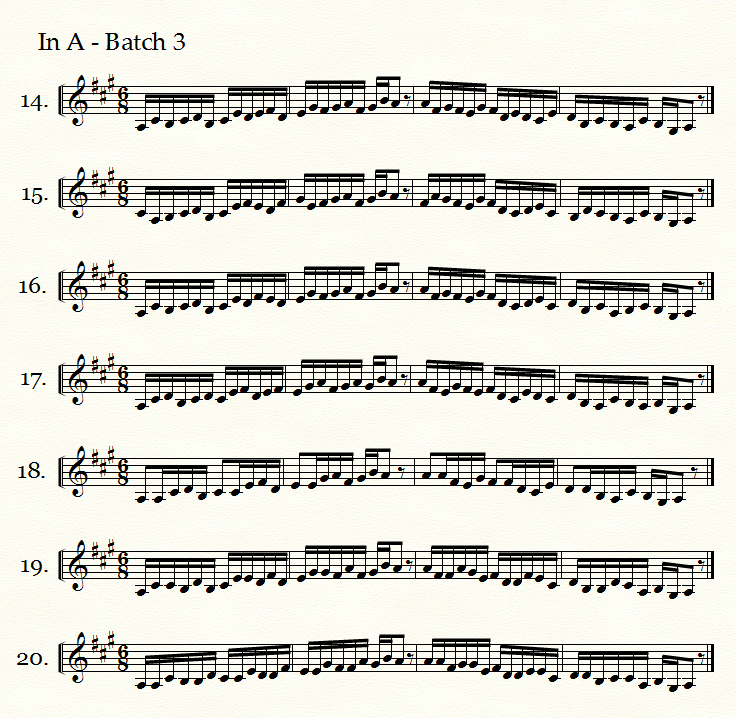 Concentrate now on playing the patterns from memory, first in the three keys demonstrated in the series, then freely, in any key.

You can, for example, look at a Pattern 6 in C:

You start on the B flat, or A, and play the pattern of skips and steps, in that key.